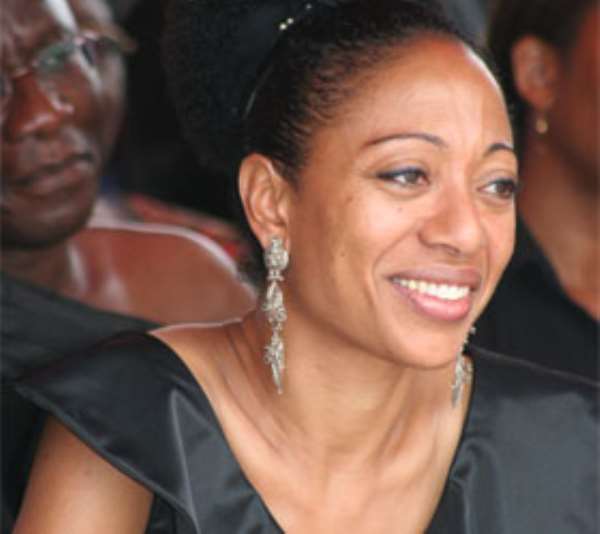 Half Assini (W/R), March 5, GNA - The Member of Parliament for Jomoro, Madam Samia Yaba Nkrumah, has appealed to the chiefs and people of the area to exercise restraint on the relocation of Domunli Gas Project to avoid loss of lives.

She said the government or Parliament had not taken any decision to relocate the Gas Project from Domunlizo in the Jomoro District to Atuabo in the Ellembelle District and therefore urged the people to remain calm.

Madam Yaba Nkrumah was addressing an emergency meeting of the Western Nzema Traditional Council at Ahobre Junction near Half Assini on Saturday.

The meeting was also attended by a large crowd of people from the district, especially the youth.

The meeting decided that a high powered delegation be sent to Minister of Energy, Dr Oteng Adjaye, for clarification on the relocation of the project from the Jomoro District.

Addressing the people the President of the Traditional Council, Awulae Annor Adjaye III, said the people “would not understand and agree on the immediate decision to relocate the Domunli Gas Project to Atuabo in the Ellembelle District”.

He said the people would continue to demonstrate and use other means to register their protest against the relocation of the project from the district.

Awulae Annor Adjaye said the Domunli Gas Project was the heartbeat of Jomoro they and cannot afford to lose it and therefore urged the people to hold themselves in readiness for more protest demonstrations.

Awulae Adjaye said the people of Jomoro “do not want to believe that some people are dragging the project into politics”.

Mr Emmanuel Mantey, Acting Manager, Corporate Estate, Rural Estate Development, said he had not heard about the relocation of the project to Atuabo.

He said his visit earlier on the Saturday morning showed that Valuation Officers were working on the site at Domunlizo.