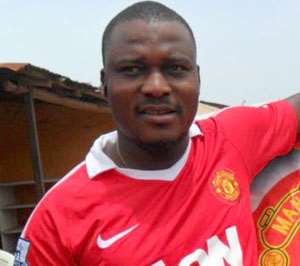 A known activist of the ruling National Democratic Congress (NDC), Mohammed Aboagye, has expressed fears about the party's ability to retain power in the 2012 elections if the current trend of events still persists.

'I must be honest with you, my heart bleeds profusely for the NDC ahead of the December polls'.

Mr. Aboagye, known to be very close to Vice President John Mahama, who disclosed that the morale of foot-soldiers at the grassroots was down, blamed the party's sinking image on the inefficiency of the National Executives.

According to him, the enthusiasm with which party members in the country approached party issues in times past was no longer existent, threatening the party's electoral fortunes in the upcoming elections.

He maintained that the ineffectiveness of those at the helm of affairs at the national headquarters had manifested in the regions, bringing the party's outreach programmes to winning more members to a halt.

Mr. Aboagye took a swipe at the National Youth Organizer, Ludwig Akpene Hlodze, who he said was inaccessible after confining himself to the presidency to the detriment of the activities of the party's youth.

The NDC youth activist said ever since assuming office as the leader of the party's youth, Ludwig had woefully failed to initiate activities to whip up the enthusiasm of the youth but was always interested in following the President on international duties.

Unlike his predecessor, Haruna Iddrisu, who was all out working day and night to attract voters, with the institution of regional working committees, he noted, Ludwig took interest in being at the presidency, his second office, describing him as a tourist.

'The party's leadership is sleeping and if care is not taken, I'm afraid we are bound to crash,' he remarked.

Mr. Aboagye was particularly worried that the NPP Youth Organizer, Anthony Abayifa Karbo, was always in the various constituencies in the country meeting youth groups, strategizing and reassuring them, whilst NDC leaders were nowhere to be found.

While questioning the role and contributions of the Women's Organizer, Anita De-Sosoo, as she had failed to organize women, he claimed the party had no propaganda secretary as Richard Quashigah was busily campaigning in his constituency to go to parliament.

The dual roles played by some leading members of the party, he noted, accounted for the inefficiencies in the party and appealed to the president to either keep Ludwig in his office for good or allow him to come out to help strategize for the party to win the elections.

He observed that the leadership of the party should reform and put the necessary structures in order to revitalize the hope of the masses who voted for the party.

'The first quarter of the election year is almost gone. We are yet to see a major campaign or programme to be organized by the party,' he stated.

According to him, the euphoria that characterized events leading to the victory of a particular political party was nonexistent, noting that the NDC was heading for defeat if its leaders were not ready to rise up to the challenge.

He dismissed suggestions that his outburst was meant to attract unnecessary attention to himself but indicated that he was only averting circumstances that could lead to the party's defeat in 2012.