Ghana could become food basket for West Africa if … - FAO 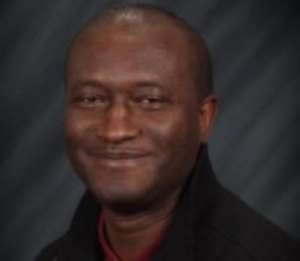 The Food and Agriculture Organization, FAO, has said Ghana could become the food basket for West Africa if it puts in place the right measures.

According to the organization, the country has made great progress in some aspects of agriculture and could push more to support its neighbors.

Speaking to Joy News' Nana Agyei Essuman about fears of a possible food crisis in parts of West and Central Africa by April this year, FAO's Sub-regional Coordinator for West Africa, Musa Saihou Mbenga said Ghana is well insulated from the projected crises and should be looking at rather supporting its neighbours.

Musa Saihou Mbenga disclosed that, “It's estimated that over 10 million people are at risk” if nothing is done to curb the crises.

He explained that “Ghana actually is one of the few African countries that is on track,” adding, “for Ghana its pretty much food secured.”

The FAO's Sub-regional Coordinator stated that “there are few commodities or few products which Ghanaians consume a lot in which you haven't had food sufficiency yet particularly rice and maize. I understand with the maize, it is almost 80% self sufficiency so it will not take a major effort to reach self sufficiency in maize.”

“I think Ghana instead, if it puts in a little more effort can become a bread basket that is, a net exporter to neighbouring countries,” Musa Saihou Mbenga advised.