S. Africa's Malema vows to stay in ANC despite expulsion 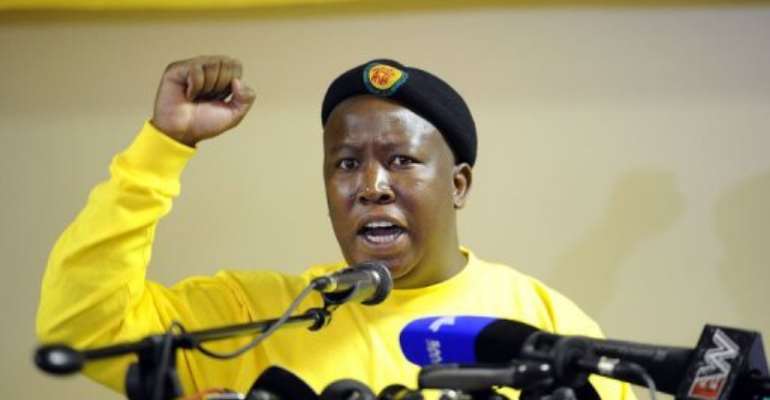 JOHANNESBURG (AFP) - The provocative leader of South Africa's ruling party's youth league vowed Saturday to stay in the party, despite his expulsion this week.

"I did not join the ANC voluntarily," Malema said. "I was recruited at the age of nine and will remain a member to the end."

The fiery 31-year-old was ejected from the African National Congress on Wednesday after repeatedly stoking tensions and making inflammatory remarks that others in the party said tarnished its reputation.

It is not yet known what role he will have in the ANC's youth wing, if any. The Youth League's top leadership is meeting Sunday to discuss Malema's expulsion, which he can still appeal.

The decision to expel Malema sparked clashes Wednesday night between his supporters and rivals in his hometown of Sheshego, in northern Limpopo province.

Malema was initially suspended in November for five years, after he was found guilty of provoking divisions in the ANC and tarnishing its image.

He had called for the nationalisation of mines, the seizure of white-owned farms to help the nearly 40 percent of the population living on less than $2 a day, and made other statements that were viewed as inflammatory.

An appeals panel in February upheld his conviction, but allowed him a new hearing to argue for a lesser sentence. Instead, he was expelled.

In the meantime, he kept up his campaign against President Jacob Zuma at nationwide rallies and made thinly veiled threats to turn the nation's youth against the ANC, the party of South Africa's elder statesman Nelson Mandela.