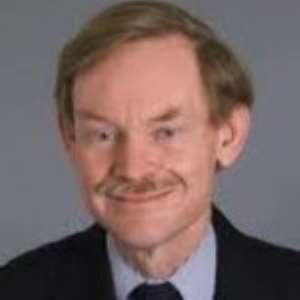 The World Bank has announced that in every region of the developing world, the percentage of people living on less than $1.25 a day, and the number of poor declined between 2005-2008.

This across-the-board reduction over a three-year monitoring cycle marks the first, since the Bank began monitoring extreme poverty.

According to the Bank, an estimated 1.29 billion people in 2008 lived below $1.25 a day, equivalent to 22 percent of the population of the developing world.

By contrast, in 1981, 1.94 billion people were living in extreme poverty. The update draws on over 850 household surveys in nearly 130 countries. 2008 is the latest date for which a global figure can be calculated.

This is because, while more recent statistics for middle income countries are available, for low-income countries, new data are either scarce or not comparable with previous estimates.

More recent post-2008 analysis reveals that, while the food, fuel and financial crises over the past four years had at times sharp negative impacts on vulnerable populations and slowed the rate of poverty reduction in some countries, global poverty overall kept falling.

In fact, preliminary survey-based estimates for 2010based on a smaller sample size than in the global up date indicate that the $1.25 a day poverty rate had fallen to under half of its 1990 value by 2010.

This would mean that the first Millennium Development Goal of halving extreme poverty from its 1990 level has been achieved before the 2015 deadline.

The developing world, as a whole, has made considerable progress in fighting extreme poverty, but the 663 million people who moved above the poverty lines, typical of the poorest countries are still poor by the standards of middle- and high-income countries.

This bunching up just above the extreme poverty line is indicative of the vulnerability facing a great many poor people in the world. And at the current rate of progress, around 1 billion people would still live in extreme poverty in 2015.

Martin Ravallion, director of the Banks Research Group and leader of the team that produced the numbers said. The $1.25 poverty line is the average for the world's poorest 10 to 20 countries.

A higher line of $2 a day (the median poverty line for developing countries) reveals less progress versus $1.25 a day.

“Having 22 percent of people in developing countries still living on less than $1.25 a day and 42 percent with less than $2 a day is intolerable.  We need to increase our efforts.

'On the policy and program side, we need to continue attacking poverty on many fronts, from creating more and better jobs, to delivering better educational and health services and basic infrastructure, to protecting the vulnerable.

'And on the measurement side, countries need to expand data collection and strengthen statistical capacity, particularly in low-income countries,  Jaime Saavedra, director of the World Banks Poverty Reduction and Equity Group explained'.

Latin America and the Caribbean: From a peak of 14 percent living below $1.25 a day in 1984, the poverty rate reached its lowest value so far of 6.5 percent in 2008. The number of the poor rose until 2002 and has been falling sharply since.