Outboard motor price up by over 250% 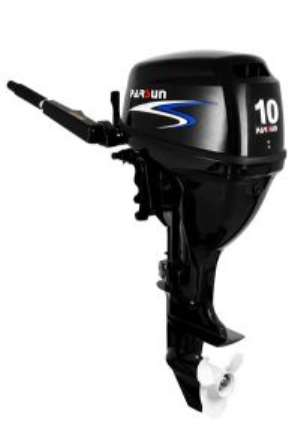 -As fishermen charge at Mills over broken promise

Members of the Canoe Owners Association at Elmina in the Central Region are annoyed with President Mills over his failure to redeem his campaign promise to make outboard motors cheaper and easily accessible to them.

During the 2008 electioneering campaign, then candidate John Evans Atta Mills accused the Kufuor administration of not being committed to the well-being of members of the fishing community in the country.

He even made claims that President Kufuor was insensitive to their plight because he was from the Ashanti Region, and promised to put in place measures to enhance their work.

But with less than one year to the end of his tenure, fishermen at Elmina are up in arms against the President, accusing him of doing nothing to alleviate their plight, and rather making life more unbearable for them than before.

Though the NDC government in its 2009, 2010, 2011 and 2012 budget statements promised that it was going to build a fishing harbour for the people of Elmina, the fishermen say there is nothing to show that President Mills was genuine about the promise he made to them.

What has annoyed the fishermen most is the sycophantic behaviour of Nana Ackonu, the Chief Fisherman in the area, who made claims on the Accra based Hot Fm to effect that all was well with the fishing industry under the watch of President Mills.

A press release signed by the group's spokespersons, Kobina Badu and Kow Thinker Paa, described as unfortunate the attempt by the chief fisherman to throw dust into the eyes of the public, to make it “look like all was well with the fishermen of Elmina when in actual fact, we are indeed suffering and our businesses are on the brink of collapse.”

According to the release, the comments by Nana Ackonu on Hot Fm that the prices of outboard motors were now cheaper and available “were all calculated attempts to paint” the Mills-Mahama led NDC government clean.

“The chief fisherman also created an impression that fishermen in Elmina had never lacked premix fuel for their operations since this government assumed office. He made it look as if premix fuel is in abundance. We would like the whole world to know that this assertion is false. It would interest Ghanaians to know that even the few tankers of premix supplied to the fishermen of Elmina are shared among some illegal premix outlets apart from the legally mandated premix outlets coupled with the illegal pricing of the premix fuel per gallon, “the release added.

According to the canoe owners, a gallon of pre-mix fuel which was supposed to be sold at GH c 2.48 was being sold at at GHc 2.7, an unfortunate situation the National Premix Committee was fully aware but had deliberately ignored.

Again, the canoe owners discredited the assertion made by the chief fisherman that the previous premix committee was not accountable to the fishermen of Elmina.

“This is also a blatant lie. The previous premix committee headed by Nana Badu did account to the fishermen of Elmina. Also they undertook numerous projects.   Teacher Cantah was then the chairman of the disbursement committee that took charge of such initiatives,” the insisted.

The release enumerated a number of initiatives undertaken by the previous committee, including distribution of school bags and uniforms to children of fishermen, organization of teachers' awards as well as the disbursement of GHC5, 000 to fishermen to buy nets.