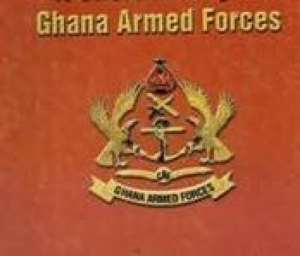 Accra, March 1, GNA – The Ghana Armed Forces (GAF) on Thursday pledged its commitment to adhere to procurement regulations in the country as part of efforts to open up to the civilian public and to improve civil-military relations.

A statement signed by Colonel M' Bawine Atintande, Director of GAF Public Relations and copied to the Ghana News Agency in Accra explained that in recent years all procurements and contracts in the GAF had followed due process.

“The mode of procurement in the Armed Forces is transparent and conducted in line with laid-down procedure...this has become necessary as part of efforts by the Ministry of Defence and GAF to open up and strengthen civil-military relations,” the statement stated.

It explained that no individual unit or sub-unit of GAF purchased their own uniforms...”Uniforms and related kits are procured for all units by their respective services and or directorate of ordinance services".

The statement noted the Army dealt with only registered contractors for its supplies...to qualify as a contractor, a prospective supplier was expected to register with the appropriate department, vetted and necessary inspections conducted to ensure that the applicants had the capacity to deliver before they were listed as certified contractors with GAF.

It said bids for supplies were followed by quotation analyses and approval by the Defence Tender Committee and award of contract, adding that suppliers must follow the accepted procedures to include recommendations by duly constituted acceptance boards before supplies were delivered.

The statement said it was not possible for any unregistered company to win a contract with the GAF.