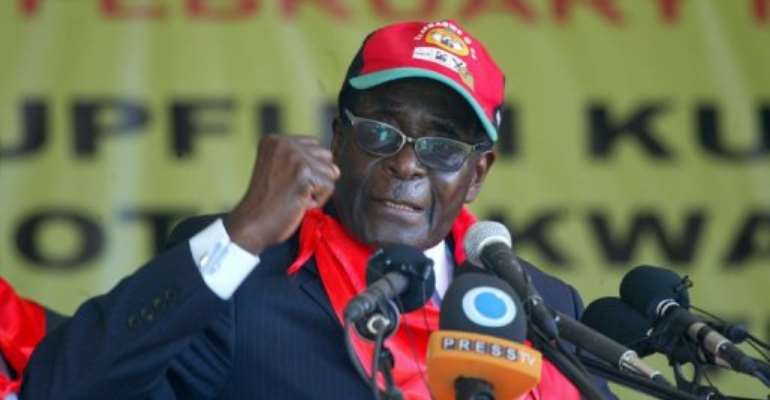 HARARE (AFP) - Zimbabwe President Robert Mugabe admitted Thursday that some of his political allies have died of AIDS, as he launched a programme urging parliamentarians to lead by example in fighting the disease.

"In my political family as well, comrades I have worked with perished and quite a number of them it has been HIV and AIDS," Mugabe told lawmakers.

"Parliamentarians are certainly not immune to HIV/AIDS and its consequences," Mugabe said.

"I have witnessed the challenges that both they and our people face as a result of HIV and AIDS, and yet I do not recall any lawmaker who has come out in the open about their HIV status."

Three years ago, 88-year-old Mugabe admitted that members of his extended family had died of the illness, but he rarely speaks publicly about the disease that has exacted a heavy toll on his country.

Zimbabwe has made gains in fighting HIV, which had infected 14 percent of the population in 2009, down from 23 percent in 2003, according to the United Nations. Some experts attribute the drop to Zimbabwe's economic collapse, which left people without enough money to pursue multiple sexual partners.

"It is disappointing to notice that there are some leaders whose behaviour is at odds with an HIV/AIDS-infested social environment," he said. "We should certainly not let ourselves be the epitome of the immorality that we condemn."

Zimbabwe has 1.1 million people living with HIV, including 150,000 children, according to the National AIDS Council.