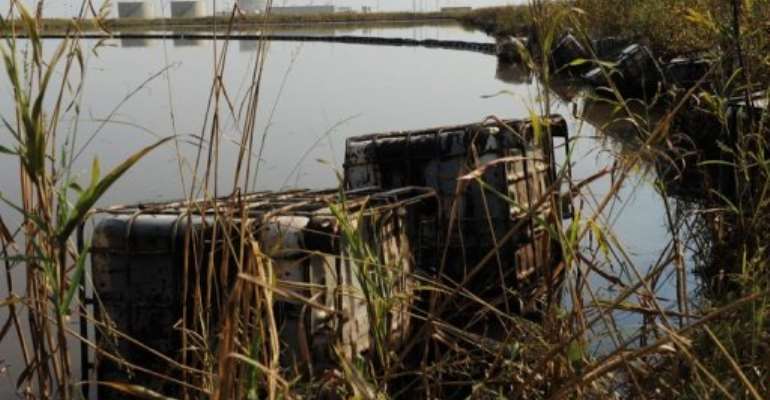 But Khartoum swiftly denied the claims.

Border tensions have mounted since South Sudan split from Sudan in July after decades of war to become the world's newest nation, with each side accusing the other of backing proxy rebel forces against it.

Khartoum and Juba dispute areas along the undemarcated border.

South Sudan has accused the north of carrying out several recent bombing raids in frontier regions, but the claims have been denied by the Sudanese army.

"Khartoum... have been bombing South Sudan since last year, but this is the first time MiGs have come," Aguer said, adding that previous attacks had been far less accurate bombs rolled out the back of Antonov aircraft.

"This information is completely incorrect -- they have to show the evidence about the bombing or our troops going 17 kilometres inside the border," Saad told AFP in Khartoum.

"They say that we are supporting wars in their territory and it's simply not true," Benjamin said.

"The government is in a position to protect its citizens and territory, but it will not be dragged back to a senseless war."

South Sudan took three quarters of Sudan's oil reserves, but all pipeline and export facilities are controlled by the north.

The South halted oil production in January -- stopping the flow of the resource that accounts for 98 percent of government revenue -- after Juba accused Khartoum of stealing $815 million worth of crude oil.

Last month the two sides signed a non-aggression pact agreeing to "respect each other's sovereignty and territorial integrity" and to "refrain from launching any attack, including bombardment."

Last month UN chief Ban Ki-moon warned that tensions between the two nations could escalate if the oil crisis is not resolved.

The South has demanded that any deal includes settlement on the undemarcated border, parts of which cut through oil fields, as well on Abyei, a Lebanon-sized region claimed by both sides but occupied by northern troops.

US Secretary of State Hillary Clinton also Wednesday accused Sudanese President Omar al-Bashir of trying to undermine South Sudan and "undo the results the comprehensive peace agreement" that led to its creation.