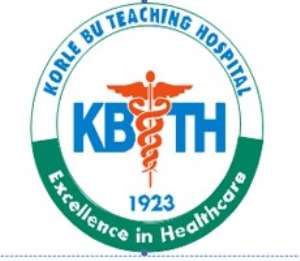 A group calling itself Concerned Workers of Korle-Bu Teaching Hospital, (KBTH) has added its voice to the call by the Health Minister for the immediate dissolution of the current Board of the hospital.

The Spokesperson for the concerned workers, Anthony Kpammah told Adom FM's Dwaso Nsem on Thursday that the current Board is not doing anything to help the hospital and therefore the call for its dissolution is a step in the right direction.

Prior to the Health Minister's visit, there were reports of power struggle at the hospital with board members divided over decisions taken at the hospital.

Some board members including Eric Attieku and Stella Quaye had earlier petitioned President Mills to dissolve the board, because it is not functioning well.

It is against this backdrop that the concerned workers of KBTH are holding a a news conference on Thursday to call for the dissolution of the Board.

Anthony Kpammah noted that during the era of the former Chief Executive Officer of the hospital, Prof Kwabena Frimpong Boateng, a block was constructed to add to the existing facilities, but since the assumption of the new administration not a single block has been added to the hospital facilities.

According to him, claims by the new CEO, Prof Otu Nartey that the current administration rakes in more revenue than the old administration, cannot be true.

He claimed the staff members of the hospital support the call for the dissolution of the current Board.