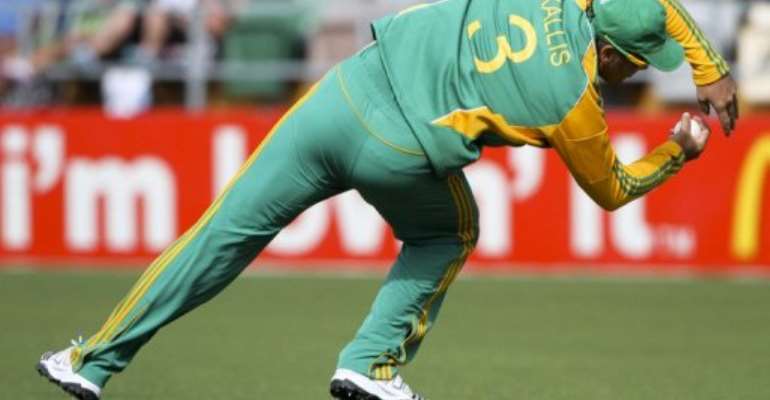 The victory at McLean Park in Napier hands the tourists an unassailable 2-0 lead in the ODIs, and after taking the earlier Twenty20 series 2-1 they hold a commanding psychological advantage over New Zealand ahead of the looming Tests.

New Zealand were sent into bat and at 131 for one were heading for a competitive 300-plus total before a spectacular collapse saw them all out for 230 in the 48th over.

Morkel, who had none for 33 off his first seven overs, produced a devastating late spell, taking five wickets for five runs in 15 balls to wrap up the innings with a man-of-the-match performance.

He twice found himself on the verge of claiming a hat-trick as New Zealand squandered a strong start on a wicket tailer-made for batting.

South Africa's batsmen made the best of the favourable conditions, quickly scoring at better than six an over as they cruised to 231 for four in the 39th over.

Captain AB de Villiers warned New Zealand there would be no let up in the final ODI in Auckland on Saturday as he looked for a clean sweep.

"We wouldn't like to lose one. We did in the previous series against Sri Lanka going up 3-0 and winning the series 3-2 so it's a big anti climax to do it like that," he said.

"We would like to do 3-0 (against New Zealand). It would be great so lots to gain in the last game."

His New Zealand counterpart Brendon McCullum, cut a dejected figure after his side's failure to again to cash in on a strong start.

"It was definitely a 300 wicket, definitely from where we were midway through the innings, but Morne ripped the heart out of us. From our point of view turning up 70 short of par is disappointing," he said.

Amla, who opened the innings with Jacques Kallis, faced 107 balls for his 92, which included 12 boundaries as he guided South Africa to victory.

He was given a life on 58 when he skied leg spinner Tarun Nethula only for Rob Nicol to spill a regulation catch, but Nethula was to get his revenge when later he caught the edge of Amla's bat for Brendon McCullum to make no mistake.

Nethula's efforts were also rewarded with the caught and bowled dismissal of JP Duminy, but the wickets were mere blips as South Africa charged to victory.

Faf du Plessis cracked 34 off 24 balls before falling to an exceptional catch by Martin Guptill.

Captain AB de Villiers, backing up from a century in the first ODI, led his side through to the end to be unbeaten on 31 with Justin Ontong not out 17.

It could have been different had New Zealand built on a handy start to their innings, recovering from the early loss of Nicol with a 107-run stand between Guptill and McCullum.

But it started to go wrong when Guptill departed for 58 and the New Zealand skipper called for an early batting powerplay which dramatically backfired.

Over the next five overs New Zealand added just 20 runs and lost the wickets of Williamson (13), McCullum (85) and Jesse Ryder (0).

Morkel then joined the attack and dismissed James Franklin (6) and Kyle Mills (0) in successive balls.

Tim Southee staged a minor revival, contributing 28 before Morkel removed Southee and Nethula in two balls, and then finished off the innings with the wicket of Ellis (19).

Lonwabo Tsotsobe, who claimed the scalps of Nicol (11), Williamson and McCullum took three for 43 from his 10 overs.

The final ODI is in Auckland on Saturday with the first of three Tests starting in Dunedin next Wednesday.