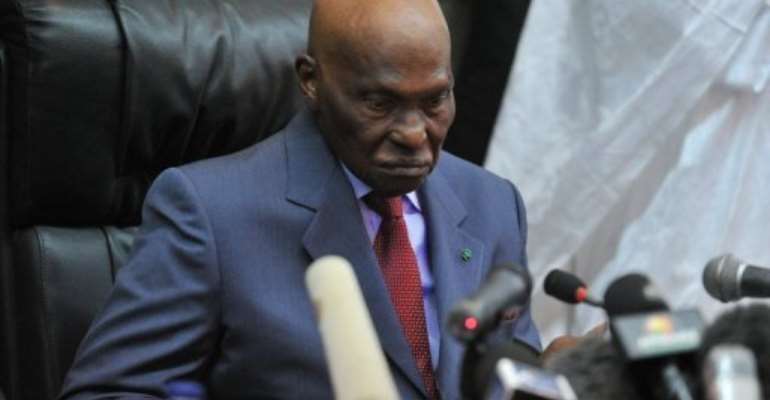 Wade, aged 85, is seeking a third term in office. By Issouf Sanogo (AFP)

DAKAR (AFP) - Senegal's incumbent Abdoulaye Wade has conceded he will face a run-off presidential election after failing to win a majority in a first round of voting, his spokesman said Tuesday.

"The numbers are clear, we are headed to a second round," said spokesman El Hadj Amadou Sall, a leader of the 85-year-old Wade's campaign for a third term in office.