NPP MPs urged to get involved in campaign 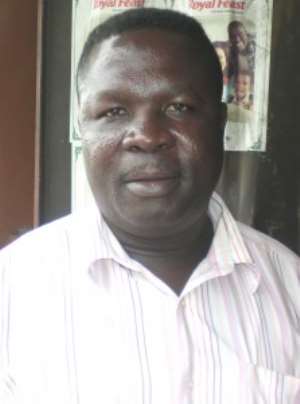 By: Sebastian R. Freiku, Kumasi
A MEMBER of the New Patriotic Party's Presidential Campaign team in the Asawasi Constituency, Mr. Joe Debrah, has urged all Members of Parliament to actively get involved in vigorous campaign in their various constituencies to ensure that the ruling National Democratic Congress (NDC) is dislodged  in the 2012 general elections.

He said MP's have a crucial role to play in their various constituencies to ensure that NPP wins massively.

According to Debrah, the chances of Nana Addo wining this year's crucial election is bright, and  said it behooves on all NPP MPs to visit their constituencies, and work as a team with the polling station executives to achieve maximum result.

He told The Chronicle in an interview that MPs would do the party a world of good if they  stop following the Presidential  candidate  around  and concentrated on effective  campaign  in their constituencies.

'There is no way the party cannot win the impending general elections if it works hard as a team,' he noted.

According to him, the NPP is the only political party which can provide sound management of the economy stressing that Ghanaians witnessed better economic growth under former President J. A. Kufuor's government than under President J. E. A. Mills' administration.

Mr. Debrah observed that governments are voted into power to raise and sustain the standard of living of the people, improve infrastructural and economic development and provide social amenities for the people.

He, therefore, called on NPP supporters, sympathizers and well meaning Ghanaians to come out in their numbers and register when the new biometric registration exercise commences in in March.

The campaign team member appealed to supporters and sympathizers of the NPP to be united and work for the return of the NPP into power, to deliver Ghanaians from untold hardships facing them.