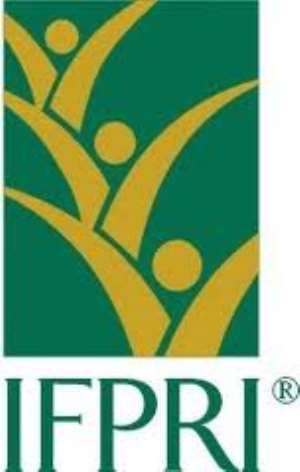 Accra, Feb. 28, GNA- A significant new breakthrough in the measurement of women's empowerment “Women's Empowerment in Agriculture Index” in developing countries was launched on Monday in Washington in the United States.

The index, which is the first measure to directly capture women's empowerment and inclusion levels in the agricultural sector will focuses on five areas: decisions over agricultural production, power over productive resources such as land and livestock, decisions over income, leadership in the community, and time use.

This was contained in Release issued by the International Food Policy Research Institute (IFPRI) and copied to the Ghana News Agency.

The index focused on women because they played a critical role in agricultural growth in developing countries yet faced persistent obstacles and economic constraints, limiting further inclusion in the sector.

The Index was a partnership between the US “Feed the Future initiative”, the United States Agency for International Development (USAID), IFPRI, and the Oxford Poverty and Human Development Initiative (OPHI) of Oxford University.

Piloted in three countries with diverse socio-economic and cultural contexts; Bangladesh, Guatemala, and Uganda; the Index was developed to track the change in women's empowerment that occurs as a direct or indirect result of US intervention under the Feed the Future initiative to tackle global hunger and food security.

The US will use the Index for performance monitoring and impact evaluations across Feed the Future focus countries.

It said women were considered to be empowered if they had adequate achievements in four of the five areas and the Index took into consideration the empowerment of women compared with men in the same household, based on asking women and men the same survey questions.

“The Women's Empowerment in Agriculture Index marks a major advance in our ability to measure empowerment. It brings into stark relief the ways in which women are empowered, and the areas in which they are disempowered,” Dr Sabina Alkire, OPHI Director and co-creator of the Alkire Foster method for measuring multidimensional poverty, which has been used to construct the index, said.

“In giving us a new understanding of empowerment, it transforms our ability to better empower women and improve their lives,” she added.

He noted that the Women's Empowerment in Agriculture Index will be used to monitor and evaluate “Feed the Future” programmes and their impact on gender to ensure that our efforts are empowering women and supporting the essential role they play in reducing hunger and advancing prosperity.”

Dr Agnes Quisumbing, IFPRI Senior Research Fellow explained that identifying gaps in empowerment was especially useful for designing interventions that were appropriate in terms of context and culture adding, “Knowing the gaps, policymakers will be in a better position to design and implement interventions to close the gaps.”