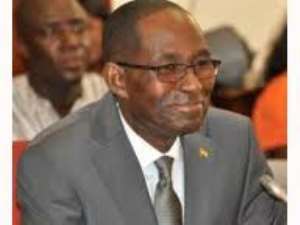 Academic work at the Kumasi Polytechnic (K-Poly) is expected to suffer yet another serious setback, following the decision by the teaching body to embark on a sit down strike, which began on Friday.

The Ashanti Regional branch of the Polytechnic Teachers Association of Ghana (POTAG) has asked all its members to suspend all forms of academic activities, in protest against what it describes as a total disregard for the association by the government and the Fair Wages and Salaries Commission (FWSC).

Their decision follows what they view as the blatant refusal of the Fair Wages and Salaries Commission to accede to their request to place its members on the right level under the Single Spine Salary Structure (SSSS).

At a press conference organised in Kumasi to announce the decision, the Chairman of the K-Poly chapter of POTAG, Edmund Oppong Peprah, said 'enough is enough,' and that they could no longer bear the harsh and unfair treatment being meted out to them by the government and the FWSC.

'We feel underrated, insulted, underpaid, and taken for granted; we can no longer stand the abuse, and so beginning from today, we are embarking on an indefinite industrial strike action, and would not return to the classroom until our demands are met,' the Chairman ranted.

The association has, subsequently, cautioned all its members to abide by the resolution, warning that the safety of any individual member who decides to go contrary to the order cannot be guaranteed.

The current strike action brings to three, the number of industrial strike actions embarked upon by POTAG in demand of better service conditions under the three year administration of the National Democratic Congress (NDC).

The polytechnic teachers are demanding what they term salary parity to that of their colleagues in the universities, since they all have similar job delineations.

'Until parity is achieved, we are not going back to the classroom, we will not allow ourselves to be cheated anymore,' they noted.

According to them, they cannot understand why the FWSC would not place them on the same pedestal with that of university teachers, considering the fact that they all have almost the same academic qualifications and perform similar academic duties.

'The polytechnics are producing far quality and efficient human resources than that of the universities,' POTAG contended.

A leading member of the Association, Mr. Kusi Boafo, wondered why the NDC administration, which championed the establishment of polytechnics across the country under ex-President Rawlings, had refused to prioritise polytechnic education.

'The NDC has always prided itself as the architect of polytechnic education in the country, so sometimes, I wonder why President Mills has refused to give priority to their own brainchild,' he noted.