A.A.Woyome: The Political and Legal Strategies. 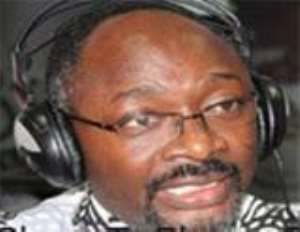 The legal question in the C920 billion “gargantuan crime” has to do with fraud, contracts, lawyers, businesses, CEOs, one man contractors, etc. Woyome and others have been arrested. The Courts will deal with this question. Some will win and some will lose after the legal issue has run its natural course in our courts of law. The truth, in the end, will come out.

Then you have the political question: whether the government –president, the Majority and the P-ndc party- was aware of the “gargantuan crime” at its conceptual stage,at its inception and or sometime during its progression. And if government was not aware, was it supposed to? If so, why did it fail to? Which part of government is responsible for the lapses? Who are the major political players involved etc - as President Kufuor rightly said, such an amount could not have been paid out of the Consolidated Fund without the knowledge of the President.

So while the nation patiently awaits the answers to the legal questions in the courts, which is strictly speaking, in the hands of expects, the rest of us should now focus our energies on the political question.

Two weeks ago, “Double agent” and “Wikileaks spy,” Kwasi Pratt observed on “Alhaji and Alhaji” on Radio Gold, that some 87 documents and papers have so far been released on the “gargantuan crime.” Scattered among these documents are the answers to the political questions. Many of these documents deal with the legal question. However documents such as Cabinet correspondences, e.g. from the Castle to the AG's office or from Finance Ministry to the Castle etc; intra governmental and intra party papers and letters will help share the brightest light on how deep the government is involved. EOCO's contradiction plagued Interim Report has given us the hint.

Right now, Mills and his people are doing everything to bury the political question. The favorite mantra, these days, is “let's us wait for the court case,” knowing very well that the outcome of the legal question will not affect the government or party in any form or manner. Their strategy is to use the legal answers for the political questions, thereby exonerating the presidency and party. Tactically, they are using “archaeology," dug up stories- a handicapped contraband dealer, a doctored video etc- to distract citizens.

Ultimately, their goal is to kill the connection between government and the record judgment debt paid in the shortest time – GHc 675 million in three years - on one hand; and the historic need to make provisions for anticipated judgment debt in the budget on the other. (Regarding the latter, maybe the P-ndc doesn't have good lawyers, thus competent Attorneys-General to defend the State, hence the need for such an unprecedented provision or….)

To counter this “Hail Mary” strategy by Mills, citizens are going to have to patiently separate the legal documents from the “political correspondences.” If necessary, the President must be pressured to release all Executive documents relating to Woyome and in spite of Executive privilege. These political documents must be religiously studied, with every line scrutinized by a magnifying glass, with every word “spell checked.” Then a special chronological report must be prepared and published based on the readings and studies.( The opposition must not leave this task to the media). Then and only then will we know whether the date was “September 2010 or April 2010 or February 2010”; if indeed he twice ordered payment stopped; who disobeyed him; why was he disobeyed; is it a conspiracy from top down etc?

The answers to these political questions will nail Mills.

In sum, the legal question deals with the retrieval of the stolen property and the punishment of the perpetrators. The Courts will take care of that. The political question involves the “Watchmen” who slept on the job, willingly or unwillingly - those hired to guard the property, those who hired them etc- the politicians. “We the people,” will have to take care of this one.

Perennial floods: Water won’t ask if you are NPP, NDC when i...
56 minutes ago

Reflect on issues, put yourself in the shoes of absentee MPs...
56 minutes ago