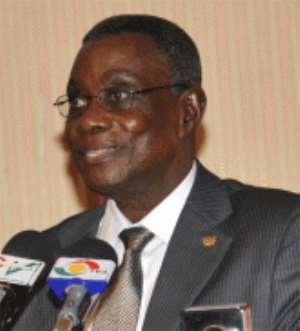 It is the aim of Government to stop mother to child transmission of HIV/AIDS, President John Atta Mills said on Friday.

He linked national wealth to national health adding that the threat of the disease although reduced, still posed a challenge and “we are looking forward to the day that the nation will be truly free from the disease.”

President Mills made the remark when a joint delegation from the United Nations Programme on AIDS (UNAIDS), and the Ghana AIDS Commission (GAC) paid a courtesy call on him at the Osu Castle in Accra.

The call is part of the activities marking the 10th anniversary of the Commission and to afford Mr Michel Sibide, the Executive Director of the UNAIDS who is on a three-day official visit Ghana, to participate in the anniversary and to interact with the President.

President Mills who expressed gratitude to the UNAIDS for its support to the activities of the GAC, said some successes have been chalked in sensitising people to pay attention on the needs of HIV /AIDS adding that there were however some problems such as the high cost of drugs and advocated for increased attention to HIV/AIDS.

Mr Sibide commended Ghana for its pioneering role in the fight, and being a light for the continent in the anti-aids schemes in Africa.

He said 400 million babies are born each year the virus and close to 1.8 million died last year of the disease.

Mr Sibide pledged the commitment of the UNAIDS to reduce the infection rate and introduce appropriate schemes so that infected people would interact easily with those without the disease.

Dr Angela El-Adas, Executive Director of the Commission, announced that there was an exhibition at the Accra International Conference Centre and other programmes to celebrate the anniversary.

Ex-I.Coast president Gbagbo warns of 'disaster' in upcoming ...
44 minutes ago