Telcos gang up against BBM and WhatsApp 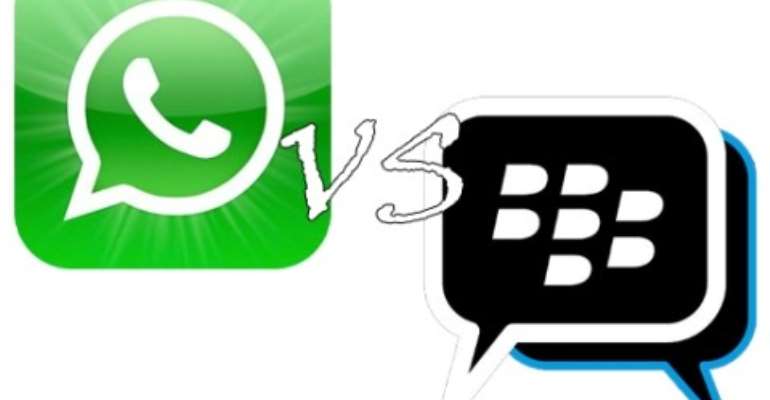 BBM and WhatsApp under siege

Vodafone and other top telecom operators in Europe and Korea would be launching a new instant messaging platform called "Joyn" at Mobile World Congress (MWC) in Barcelona this month, to stem their revenue loss to free messaging applications such as Blackberry Messaging (BBM) and WhatsApp.

Vodafone would be joined by Telefonica, Orange, Telecom Italia, Deutsche Telekom in this grand move to revert the huge loss in their worldwide SMS revenue.

Industry watchers in Europe have described the move as rare but necessary because records show the telcos are losing out big time to the likes of BBM and WhatsApp.

Ovum said in 2010 the telcos lost some $8.2 billion to social networks and free web-based instant messaging applications, indicating that the fate of SMS is getting worse.

According to a blog post from WhatsApp, the company is now getting over one billion messages sent using its platform in a day.

It said one billion messages a day is a significant milestone and also a small step closer towards its goal of providing a great mobile messaging system for a global market, regardless of your handset.

WhatsApp has been able to distinguish itself from other messaging applications by being available on iOS, Android, Blackberry and Nokia platforms.

BlackBerry also reported on its website that BBM has some 50+ million users worldwide, making it one of the largest mobile-centric communities in the industry.

It said over two million new users join the BBM community each month, adding that BBM community is very active, with over 70% of users using it daily and over 100 billion BBM messages sent every month.

Many have been calling for the death of text messaging, as SMS packages have been a huge money maker for telecom operators.

WhatsApp and Blackberry thinks messaging should be free, and companies like Facebook, Apple, and Google are right there with them.

But the launch of “Joyn” by the telcos at MWC (which is slated for February 27 – March 1, 2012), could change the fortunes of WhatsApp and BBM

I Felt Very Safe Under Mahama – Manasseh
40 minutes ago