EC May Not Supervise PPP Convention 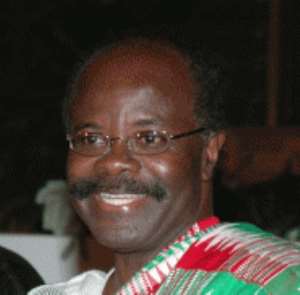 The Electoral Commission (EC) Friday said it will not supervise the National Convention of the Progressive Peoples Party (PPP) slated for Saturday February 25th due to a breach of the Political Parties Law.

An official of the EC who preferred to remain anonymous, told the Ghana News Agency that the Political Parties Act 574 prohibits the canvassing for public election, or canvassing for votes, or putting forward a person for election on behalf of or in the name of any organisation unless the organisation is registered as a political party under this Act.

He said according to the law, the purported convention by PPP was not recognized because the PPP was only issued with a provisional certificate.

The official indicated that in accordance with EC regulations, the PPP was still going through the process of registration and could not, therefore, project itself and operate as a political party until the receipt of the final certificate.

A document obtained by the GNA indicates that the PPP was gazetted on February 10th at the Ghana Publishing Corporation.

The Commission would then cause a notice of the application to be published in the Gazette inviting objections from any person, concerning the name, aim, objects, constitution, rules, symbols, slogans and colours of the party.

According to the law, the Commission may in addition to inviting objections to the application, cause independent inquiries to be made so as to ascertain the truth or correctness of the particulars submitted with the application for registration.

On expiration of the 30 days after the date of the publication of the Gazette notice, the Commission shall, if satisfied that the relevant provisions on registration had been complied with, register the political party.

The official stated that in view of these outstanding issues the EC would not be part of any gathering of an unregistered political party because it could be cited for contempt.

Meanwhile, the PPP said it would hold its national convention on February 25 to elect its presidential candidate ahead of the 2012 polls after receiving a provisional certificate to operate.

Interim National Secretary of the PPP, Mr Kofi Asamoah Siaw, stated that the party was determined to present itself as a third political force and the best option for Ghanaians in the 2012 elections.

The party was awarded the certificate after meeting the criteria set out by the Electoral Commission, including presenting 170 representatives in all districts in the country.

Mr Asamoah Siaw, said the party was positioning itself to wrestle power from the ruling National Democratic Congress, insisting the government had failed in the area of policy formulation.