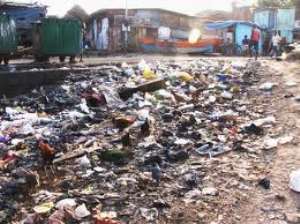 Mr Kweku Quansah of the EHSD made this known when Plan Ghana held a four-day workshop to kick-off the implementation of the Testing Modified Community Led Sanitation (CLTS) Scalability project in Accra,

The Workshop, was organised by Plan Ghana in collaboration with its stakeholders in sanitation, was designed by Plan International with support grant from the Bill and Melinda Gates Foundation to be implemented in Ghana, Kenya and Ethiopia with different models.

Mr Quansah noted that the country loses 19 million US dollars each year in access time for open defecation, explaining that “each opened defecation person spends 2.5 days every year finding an obscure place to hide leading to economic losses”.

Approximately, 13,900 Ghanaian adults and 5,100 children under five years die each year from diarrhea and nearly 90 per cent of which is directly attributed to sanitation and water problems.

The study also revealed that 4.63 million Ghanaians have no latrines at all and defecate in the open whilst 16.34 million of Ghanaians use unsanitary or shared latrines.

Mr Quansah noted that with the current sanitation coverage of 14 per cent and the current negative practices of open defecation, it would be difficult to meet the Millennium Development Goal on Sanitation, which has a target of 54 per cent if attitudes were not changed.

A person in Upper East was 27 times less likely to use a latrine as a person in Ashanti Region. For regional disparity on open defecation, Upper East recorded 82 per cent, Upper West 79, Northern Region, Volta Region recorded 31 and 18 per cent for the Central Region.

Mr Quansah explained that with barely three more years to reach the 2015, eliminating the practice of open defecation would only require sensitizing Ghanaians to acquire and use only latrines and improved toilet facilities and not any sophisticated and complicated facilities or huge money.

Sanitation, he said, among the powerful drivers of a nation's development as it affected the quality of life and productivity of the population and there was the need to change the old mind set of providing, prescribing and teaching but rather adopt the attitude of 'we do it for them' spirit.

“With a little effort, we will achieve the 54 per cent target of the MDG on sanitation. All we need is to intensify our advocacy, show commitment and enforce our laws at all levels”.

Ghana Back To HIPC Not True – Oppong Nkrumah
6 minutes ago

Allowance For Workers Who Lost Job Due To Covid-19 — Mahama ...
18 minutes ago