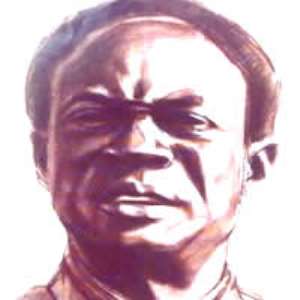 The government of Kwame Nkrumah, first President of Ghana, was overthrown in a military coup d'état. Nkrumah was on his way to Hanoi, China when he found out about the coup.

There is no doubt that the coup was "instigated" by the United States (US) Central Intelligence Agency (CIA). The western world, led by the US, was tremendously hostile to Nkrumah's vision of Pan Africanism - a unified Africa based on socialist principles. Declassified US security documents show that the US government began plotting the overthrown of Nkrumah at least two years prior to the coup taking place.

Following the coup Nkrumah messages of support and offers of residence from Presidents Gamal Abdel Nasser of Egypt, Modibo Keita of Mali, Julius Nyerere of Tanzania and Sekou Toure of Guinea. Nkrumah chose Guinea because of its close proximity to Ghana and Toure's similar ideological commitment to Pan Africanism.

The clip is the first of three from the BBC. Though analytically it is generally not in keeping with Pan Africanism, it provides some useful background information and footage. However the female presenter consistently mispronounces Nkrumah's name: