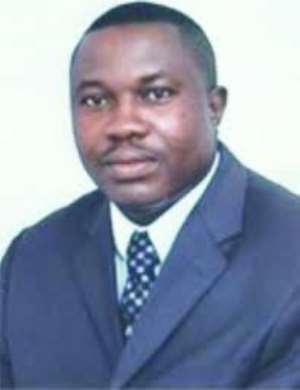 The Minister for Local Government and Rural Development, Mr. Samuel Ofosu-Ampofo has assured the people of the Volta region that government would not disappoint them, and that it would fulfill all the electoral promises made to them.

Mr. Ofosu- Apomfo said the people of the Volta region over the years had shown commitment to the ruling party, especially in the 2008 general elections, and that the region is dear to the heart of the government.

Addressing market women at the Ho- Central market, the Local Government and Rural Development Minister pointed out that the people of the Volta region deserved the best in terms of development, noting that the government would not rush into embarking on development activities, either because we are in an election year or massive support it gets from the people.

According to the government, it has set aside 8.5 million Euros out of the 40 million Euros fund provided by the French government, under the Ghana Urban Management Pilot Project (GUMPP), to rebuild the Ho-Central market, including access roads in the central business district of the Volta regional capital.

According to the Minister, Tema is the only town that was properly planned in the country, and that Ho would be the second to follow Tema.

Mr. Ofosu Ampofo said the five year development project for Ho had started two years ago, with the drawing of the plan of a new market, and holding of consultations with the market women to enable them accept the new market plan before it is built.

He announced that the government, which cherishes sound democratic practices, would create more districts and Municipal assemblies, as a way of deepening local governance, announced that a district had been created for Ho-West Constituency out of the Ho Municipality, and advised areas that embark on demonstrations as a means of protest to stop, because government would not deliberately refuse to create districts and Municipalities at areas that deserve it.

The Local Government Minister admitted that the problem confronting the government was ineffective marketing of its development activities, which he said would soon be corrected, for the people to know that much had been achieved within the past three years of the President Mills led government.

Mr. Ofosu Ampofo disclosed that government within the past three years had provided various infrastructure for schools in the region, under the Ghana Education Trust Fund (GETFund), improved School Feeding Programme from 24,000 school children beneficiaries, under the previous administration to 120,000 children in 300 schools in the Volta region and other programmes.

The Volta Regional Minister, Mr. Joseph Amenowode said since the German administration left office, there had never been so much development in the Volta region by any government, than the current Atta Mills led government, saying 'a bad NDC is better than a good NPP', and urged the people to continue to support the government to achieve the set development agenda for the region.

The Ho Municipal Chief Executive, Mr. Isaac Kodobisah hoped that the presence of the Local Government Minister would go a long way to give more hope to the people in the region, particularly the Ho market women, noting that the agitations were too much, as the people had even failed to appreciate any form of development that government was embarking upon in the area.

The Ho Market Queen, Madam Mansah Dagbey said the market women, mostly members of the NDC, were losing confidence in the ruling government because the rebuilding of the Ho Central market seemed to have delayed.

Madam Dagbey said the market women could not forget what the New Patriotic Party (NPP) had done, in terms of providing infrastructure and other facilities in the Ho Central market, even though majority of them did not support that party.

She  did not understand why the NDC that they supported had refused to improve upon facilities at the market for them.