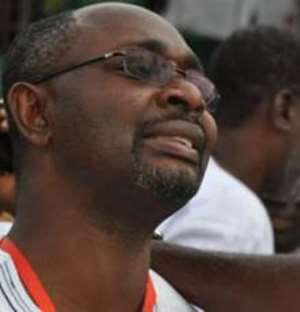 Accra, Feb.22 GNA- Mr Cecil Adadevoh, a senior State Attorney on Wednesday prayed the Accra Commercial Court to set aside the GH¢ 51 million consent judgment awarded to Mr Alfred Woyome, a businessman because it was procured through fraud.

The court is hearing the amended writ filed by the Attorney General (AG).

Mr Adadevoh in his pleadings asked the court to set aside the consent judgment because Mr Woyome lacked the legal capacity to maintain his claim against the AG because there was no contract between Mr Woyome and the Government of Ghana upon which he could have maintained any cause of action in the suit.

He said since the contract between Waterville and the Government of Ghana for which Mr Woyome was the financial engineer was an international transaction, parliamentary approval should have been sought for the contract to be effective.

Mr Adadevoh said because the defendant had alleged that he was involved in financial engineering for the project, it was presupposed that the whole issue should have been subjected to the constitution of Ghana.

Mrs Barbara Ackah-Ayensu, the trial judge asked the Defence Counsel to address the court on the constitutional issues raised by the AG since they did not address the matter in their pleadings.

Mrs Dora Acquaye-Nortey, Counsel for Mr Woyome in their affidavit in opposition to the motion said the consent judgment which was awarded to her client was obtained after a default judgment by the court and that could not be set aside at the request of the AG.

She said even though defence had not challenged the issue of fraud raised by the AG in the pleadings Mr Woyome obtained the consent judgment as a result of an agreement between the government and his lawyers for the services that he rendered.

Mrs Acquaye-Nortey argued that since the two parties agreed or consented for the payment to be made to Mr Woyome for his services in the contract, the AG alone could not ask the court to set aside the judgment.

She also argued that the AG's attempt to put aside the court's decision was to re-open the whole matter afresh when the two parties had already agreed and signed documents to pay the money to Mr Woyome.

On January 16, Mr Martin Amidu, Former Attorney General filed an affidavit to amend an earlier writ praying the court to set aside a consent judgment awarded to Mr Woyome, which he alleged was procured through fraud.

Mr Amidu said the new information that had come to the AG's attention, required an amendment to the writ of summons and statement of claim filed on August 18, 2010.

When Mrs Justice Barbara Ackah-Ayensu, the trial judge asked the defence why it had taken them so long to respond to the AG's amended writ and serve them a copy, Mrs Dora Acquaye Nortey, who represented Mr Robertson Kpatsa, Counsel for Mr Woyome said the case had many sides and that she was only holding brief for her senior colleague.

Mrs Justice Ackah-Ayensu warned the defence not to unduly delay the process and cautioned that "This should be their last time".

It would be recalled that Mr Amidu in his amended writ said it had come to the AG's attention that Mr Woyome lacked the legal capacity to maintain his claim against the AG because there was no contract between Mr Woyome and the Government of Ghana upon which Mr Woyome could have maintained any cause of action in the suit.

Mr Amidu said Mr Woyome lacked the locus standi to initiate the suit because all the processes, proceedings and judgment in that action was a nullity and void, and that consequently the consent judgment filed in the registry of the court on June 4, 2010 which sought to compromise the judgment was also void and of no effect.

He said the AG had discovered that there was no Parliamentary approval for the international procurement process, or ensuring any contracts which invalidated the entire transaction, claim and any subsequent dealings, agreements and settlements.

Mr Amidu said the subsequent settlement in the light of the letter dated May 4, 2005 by the then Deputy Minister of Finance and Economic Planning, Mr Kwaku Agyemang Manu, and in the absence of a written contract and approval by Parliament was procured by fraud.

The case has been adjourned to February 29.
GNA