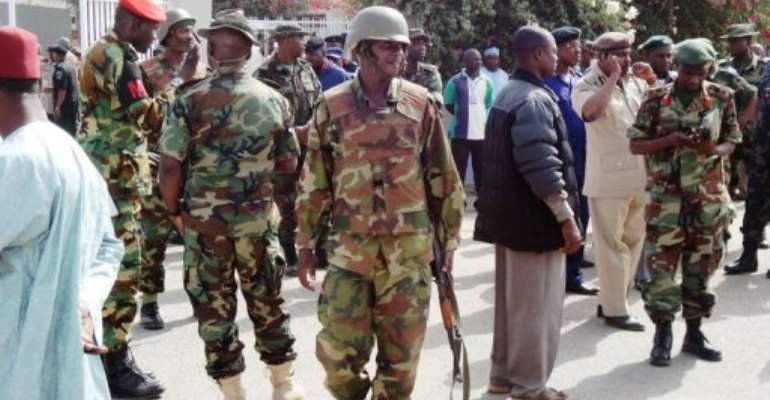 At least six huge explosions were heard, followed by gunshots, which continued for about an hour. By Aminu Abuabakar (AFP/File)

An AFP correspondent heard at least six huge explosions followed by gunshots, just before Muslim dawn prayers, which continued for around an hour.

The causes were still unclear but some residents suggested security forces had raided a suspected hideout of members of the Islamist sect Boko Haram in Tinshama area of the city. Tinshama also neighbours the low income suburb of Badawa, which also houses both Christians and Muslims.

"The whole area has been cordoned off by armed soldiers and policemen. All we hear is that a house suspected to be a Boko Haram hideout was raided by security agents," said Badawa resident Bala Haruna.

Boko Haram staged coordinated gun and bomb assaults in Kano, killing at least 185 people in what was the group's deadliest ever strike. There have since been several smaller attacks in the city.