Exposed! The Problem with NPP Leadership 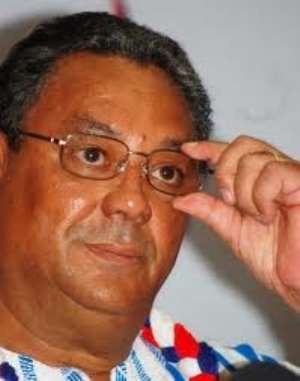 No doubt my former political-affiliated party has wise and educated men; indeed they are assets to Busia Ideologists. This opinion article does not intend to question the integrity of these noble men of our motherland, Ghana. Thank you to the men and women of NPP for your service and loyalty to the Party. Now, I begin with the issues.

Without a doubt over seventy percent of NPP leadership are baby boomers, aged 60 and above. This leadership does not show signs of retiring any time soon. In fact, God forbid, should NPP regain control in the Presidency, we are likely to see the same old team of the gentle giant, former President Kuffuor. NPP leadership ignores the vitality and the effervescence of the millennium babies. While the leadership counts on the youth to do the grassroot organization, they portray the image of the party as grandpas. Look at NDC today, the face of the party are no longer the Tsikitas, the Ahwois, the [PV] Obengs, etc. but instead, the Ablakwahs, the Anyidohos, the Jamals, the Adams, etc. who easily speak the language of the computer age. That is what I am referring to!

Another technique, the leadership has adopted is the idea that if you haven't been around for soo long then you can't be the leader or hold important position. The leadership believes the gray hair person is a better manager than the all black hair youth. Unfortunately, my NPP colleagues buy this idea. The youth of this political party has embraced the culture that says you can't be better leader [manager] than your father, uncle, or senior brother. It is this, unfortunate, idea that led the delegates to vote for Nana Akuffo-Addo when all signs show that the most attractive to the youth, the most energetic, and the best candidate to wrestle power from the NDC was Mr. Alan Kyeremanteng. However, because Mr. “Cash” hasn't been around longer than Nana Akuffo-Addo, the leadership rallied behind Nana Akuffo-Addo; his win wasn't even a landslide! Youth of this traditional party, please call on your leadership to make the playing field level for all ages; for the future of the party rests on the youth, not the elderly.


Also the history of the NPP's presidential candidates fuels the notion that if you are not an Akan (the Ashantis and the Akyems) then you don't deserve to be leader or may never be the leader. Unlike the other political parties that embrace diversity, NPP discourages that. This assertion justifies why out of 18-20 NPP Presidential aspirants in 2007, only 3 were non Akan (Jake, Aliu, and Mohammed Musah) compared to the NDC's 2006 aspiring presidential candidates: Professor Mills, Dr. Spio-Garbrah, Mr. Anan, and Alhaji Mahama. NPP needs to correct this canker going forward to justify walking the talk of a party that embraces diversity. My suggestion is that NPP requires no more than 10 candidates at a time, each hailing from or a resident of that region, or nominated by the regional leadership of the party. Although this bold idea will not necessarily guarantee diversity, it will ensure participation at all levels and background.

Finally, NPP has found a cool way to brainwash its supporters with its “holy scriptures” to the point that even if a “goat” is elected as their leader, most people will campaign for it because their zeal have blindfolded them to the truth. As we all know, Ghanaians, by virtue, do not want to be branded a [political] harlot. For example, currently, if Bill Clinton is allowed to run on the ticket of NDC, the supporters will find a way to use unnecessary distractions such as the issue of Monica Lewinsky to label him as incompetent. Although the man's private life has no correlation with his efficiency – after all, it wasn't a rape but consensual act. Meanwhile, their candidate may have more serious issues such as being an Indian hemp smoker or cocaine trafficker yet the supporters will not want to talk about that.

Good people of NPP, it is okay to shun your party if your leadership's agenda do not coincide with what you believe is the right thing. The oldest democracy in the world [USA] has showed us that the best course of action in situations where you believe your leader is a rebel, or has lost touch with the people, or a wee smoker or “all die be die” motivator is to switch parties, if all efforts to salvage the situation fail. There's nothing wrong to come back at a later time when new leadership takes over. Let us be motivated by pioneers such as the late Hon. Alhaji INUSAH and the proactive Sekou NKRUMAH. Political affiliation is a choice and sole prerogative right that you choice to exercise with or without cause. Now you know the truth… it shall set you free from manipulations!