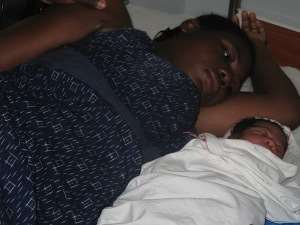 Sunyani, Feb. 21, GNA – The Brong Ahafo Regional Directorate of the Ghana Health Service recorded 76 cases of maternal deaths in 2011 as against 66 cases the previous year.

Dr Timothy Letsa, Regional Director of Health Service made this known at the 2011 annual performance meeting of the directorate in Sunyani on Tuesday, on the theme: “Strengthening quality of care through improving data management: Moving from action to results.”

He said in the area of disease control and surveillance there were outbreak of yellow fever in Pru District and Techiman Municipality, as well as cholera in Atebubu/Amantin District.

The regional director commended the district and hospital management teams for their support and encouraged them to worker harder to enable the directorate to achieve the anticipated targets set for this year.

He noted that despite some constraints, the regional health service chalked out remarkable successes in some critical areas, indicating that in 2011 the directorate did not record any cases of guinea worm and polio.

He said out-patient per capita increased from 1.0 per cent to 1.34 per cent, implying that every person had the chance to visit a health facility, he added.

He said the educational campaign on the NHIS should be stepped up and sustained to enable more people to register with the scheme.

On the upcoming general election, the minister admonished all health professionals to stay politically neutral as enjoined by their code of conduct.

Mr Opoku advised eligible voters to take advantage of the biometric registration exercise, which would commence in March 24 year to enable them to exercise their franchise during the presidential and parliamentary elections.