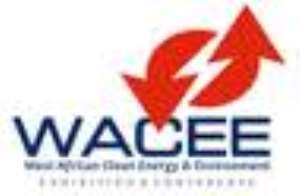 Accra, Feb. 21, GNA - The maiden West African Clean Energy and Environment Exhibition and Conference (WACEE 2012) was launched in Accra on Tuesday, with a call on stakeholders to explore efficient and renewable technologies to meet the high energy demand.

Ms Sherry Ayittey, Minister of Environment, Science and Technology, who made the call, said renewable energy had a large potential to mitigate the effects of climate change while securing energy supply and reducing the negative impact on the environment and health.

“Renewable energy may, if implemented properly contribute to social and economic development, energy access, a secure energy supply and reducing negative impacts on the environment and health,” she stressed.

The three-day exhibition aims at providing a platform for power providers, technology suppliers, investors, industry experts as well as political and economical decision-takers to ensure a sustainable development of West Africa's energy and environmental ecosystem.

The exhibition scheduled between November 6-8, would feature domestic and international exhibitors from sectors such as oil and gas, hydro-power, renewable and energies (Solar, Wind, Biomass).

Other areas will include energy efficiency, water and waste water management.

Ms Ayittey said the phenomenon of climate change had alerted all and sundry to the need to adopt the green economy concept, exploit potentials for clean energy development and avoid practices that in the long run induced and accelerated climate change.

She expressed the hope that the conference would be able to make proposals and strategies that would ensure that clean energy exploitation is given priority to advance the country's development agenda.

In a speech read on his behalf, Mr Enoch Teye Mensah, Minister of Water Resources, Works and Housing, said enough progress had been made in the provision of water to rural and small town population but there was the need for appropriate and affordable technologies that could help in the removal of excess fluoride concentrations in ground water in parts of the country.

Mr Patrick Martens, Delegate of German Industry and Commerce in Ghana, organisers of the conference, said an increasing demand for energy in growing economies such as Ghana required smart technology in energy generation, energy efficiency as well as in water and waste management.

He said WACEE'12 would provide the platform to showcase the latest technology in areas of renewable energy, recycling and water treatment.

It will also feature various national pavilions, which will give especially small and medium companies from abroad the possibility to present their products and services to the West African market.