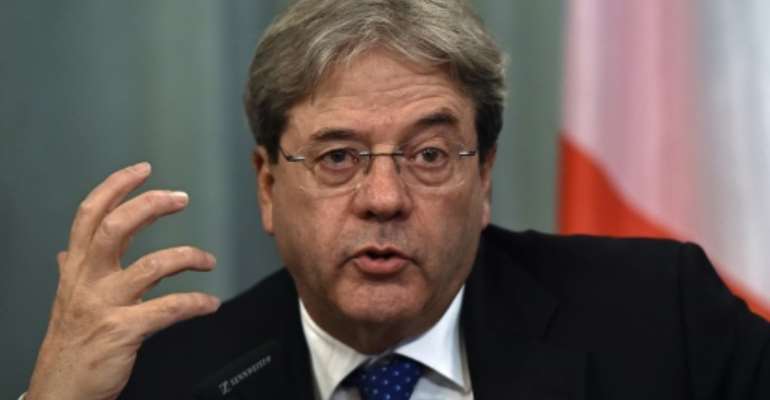 Rome (AFP) - Italy's foreign minister is to visit Tripoli on Tuesday, Rome said, the first trip by a senior Western official to the Libyan capital since 2014, amid efforts to end the crisis gripping the country.

Libya has been in turmoil since the 2011 uprising that ousted longtime ruler Moamer Kadhafi, with the Islamic State (IS) group taking advantage to gain ground in the oil-rich country.

It has had two rival administrations since mid-2014 when a militia alliance overran Tripoli, setting up its own authority and forcing the recognised parliament to flee to the remote east.

The Italian foreign ministry did not say how long Paolo Gentiloni's visit would last, though an international conference on Libya is planned in Tunis on Tuesday.

Italian media reported that Gentiloni had left Italy on Tuesday morning for Tripoli, where he is to meet the head of the UN-backed unity government Fayez al-Sarraj.

Libya's internationally recognised parliament is to meet in the coming weeks to give its backing to the unity government, which was created after a December agreement by lawmakers from the rival parliaments.

Sarraj has struggled to assert his authority as the unofficial authority in control of Tripoli said it would not support his government after initially indicating its backing.

Italy has played a leading role in intense international efforts to pressure Libya's warring rivals to rally behind the unity government, at a time when the country is grappling with a growing jihadist threat.