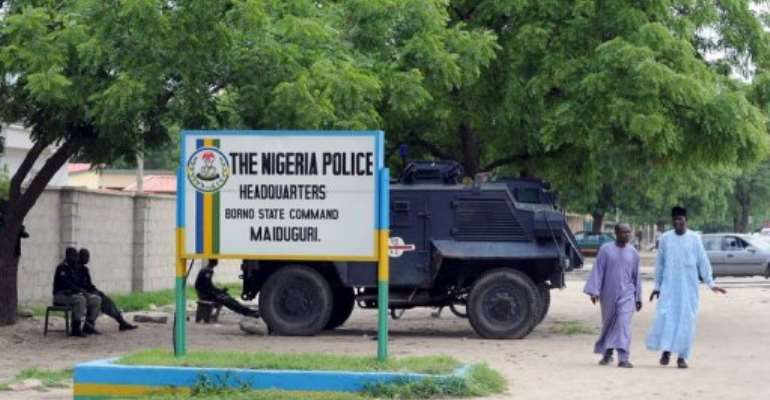 KANO, Nigeria (AFP) - Security forces patrolled an extensive market in Nigeria's northeastern city of Maiduguri on Tuesday where an assault by suspected Islamists killed some 30 people, vendors and residents said.

Gunmen believed to be members of the Islamist sect Boko Haram on Monday afternoon stormed the fish section of Baga market and sprayed stallholders and vendors with bullets, traders said.

The market opened on Tuesday but security forces shut all entry gates except one directly overlooking a police station.

"Most traders in this section of the market have not opened largely out of mourning for their colleagues killed in the attacks of yesterday. We have lost many colleagues," Bunu Ahmad said on the phone.

Witnesses and medics said some 30 people died when the gunmen opened fire and set off bombs inside the market, in what appeared to be a retaliatory attack for the arrest of a suspected Islamist inside the market last week.

The military denied there were any civilian victims, saying it shot eight of the attackers.

Lieutenant Colonel Hassan Mohammed, spokesman of a special military unit in the city said the military "immediately came to the rescue of the situation and safely detonated three bombs planted by members of the sect and shot and killed eight members of the sect."

Some funerals of civilian victims of the attack took place on Tuesday.

One fish vendor who asked not to be named said he lost two brothers in the attack. He said there was an explosion but he and his brothers chose not to run away at that stage.

"A few minutes after, one of my brothers shouted 'Oh! they have killed me', then another one similarly shouted, 'they have also shot me'. That was when I fled," he said shortly after burying the brothers aged 29 and 31.

Due to the emergency rule imposed on Maiduguri on December 31, only the military responds to any emergency situations in the city, but a relief agency source said from accounts given by witnesses "the death toll from the attack is around 30."

A nurse at Maiduguri hospital on Monday told AFP "the number of dead could not be less than 30," adding it was difficult to establish a precise death toll as security forces did not take the bodies to the morgue but allowed relatives to claim their loved ones for immediate burial.

Maiduguri, the capital of Borno state and the home base of Boko Haram, has seen some of the worst violence blamed on the extremist sect, which has focused its attacks on the mainly Muslim north.

The insurgency blamed on Boko Haram has killed more than 200 people already this year, including at least 185 in coordinated gun and bomb attacks in Nigeria's second city of Kano on January 20, its deadliest ever strike.

The shadowy sect has said it wants to create a Islamic state across Nigeria's deeply-impoverished mainly Muslim north and some analysts believe the Islamists are tied to like-minded extremist groups such as Al-Qaeda.

Other analysts insist the sect is pursuing a narrowly domestic agenda.