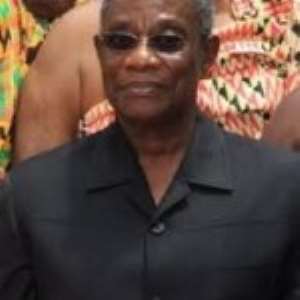 Hang on, dear reader! What exactly is happening to our justice system? Are Ghanaians being told that in John Evans Atta Mills Ghana, justice wears a political colour? Why has the New Patriotic Party (NPP) Member of Parliament (MP) for Aburi-Nsawam, Mr. Osei Bonsu Amoah, been arrested in connection with the 'gargantuan' and scandal-soaked dole-out of GH¢51 million of state money to Alfred Agbesi Woyome, while Betty Mould-Iddrisu,  Ebo Barton Oduro, and Finance Minister Kwabena Duffuor, who actually authorised the payment of the money, walk free on the streets of Ghana?

I thought the President prides himself with leading a society where the law does not respect any person. If I were Prof. John Evans Atta Mills, I would apologise to the people of Ghana for the way the Presidency has been dragged in this messy affair. On the other hand, if Atta Mills believes he could rely on the brutal force of the Police Service to do his dirty job, he could go ahead. Every dog, they say, has his day.

When the so-called 'Father for All' asked the Economic and Organised Crime Office (EOCO) to investigate the Woyome scandal, with a proviso that as Head of State, he was not worried about who paid the money, as against those whose actions caused this 'gargantuan loss',  I smelled a rat.

I knew straight away that the directive was a ruse to divert attention from the real culprits, and hunt for political opponents, as part of the game plan of the most divisive Head of State this nation has ever had the misfortune of having.

For the attention of fellow Ghanaians, John Evans Atta Mills asked the EOCO to investigate what he called fraudulent award of contracts, in respect of the renovation of three stadia and the construction of two new ones, for the staging of the 26 th African Cup of Nations in Ghana in 2008.

What is interesting is that no one had complained about a shoddy job or over-blown accounts in respect of the five stadia in question.

What has created all the hullabaloo in society are the circumstances under which the Government, headed by the former University don, had paid a whopping GH¢58 million to Alfred Agbesi Woyome, a financier of the ruling party, who is also reported to have bank-rolled President Mills' campaign for re-election.

Get Atta Mills Endorsed (GAME), we are told, was sponsored wholly or partly by Alfred Agbesi Woyome. It is beginning to look as clear as today is Tuesday, that part of the 'gargantuan' dole-out might have gone into sponsoring Atta Mills. That is the bottom line.

As a Social Commentator, I am beginning to get the hunch that all this scheming, including getting O.B. Amoah arrested, is a diversionary tactic to save the face of a Head of State, who, in my humble opinion, is as guilty as his ministers, who were said to have defied Presidential orders on two previous occasions, and paid the money.

By the very nature of the brief given to the EOCO, the President of the Republic had determined the direction of the enquiry. He was only interested in getting the wrong people roped in to hide his own role or benefit in the scandal.

We are told in the EOCO interim report, which incidentally failed to speak to its assignment, that Prof. Mills attempted on two occasions to stop the payment.

We are told in the EOCO interim report that on those two occasions, the President ordered that the money should not be paid.

At this stage, according to the EOCO interim report, 'the Hon. Minister MOFEP (Ministry of Finance and Economic Planning) ordered payment, and payment was initiated.

We are told in the EOCO report that later, the former Attorney-General, Betty Mould-Iddrisu, wrote to the Minister of Finance, screaming that following the failure to pay the money, Woyome had gone to court and got a judgment against the state, and that as a result of the state's failure to discharge its obligation towards Alfred Woyome in time, interest on the amount had ballooned the total amount from about GH¢41 million to about GH¢52 million.

According to the EOCO, this alarmed the Minister of Finance, who was in the process of paying the money, when the President again, intervened. 'Again, before MOFEP could pay the first installment of GH¢17, 094,493.53 as agreed, His Excellency the President ordered the Attorney General to take action in court, to set aside the court's order, and accordingly, the AG applied to the court for a Stay of Execution of the settlement.'

In effect, long before the President met the media and virtually shed crocodile tears over the scandal, while telling the world that he was unaware of the issue, he had been an active participant in the circumstances, leading to the payment.

What the EOCO and the Presidency have failed to tell Ghanaians is that when his top officials defied his instructions and paid the money, what did the President of the Republic, who has sworn an oath to protect state properties, do?

Why are those who defied his orders and went ahead to pay the money walking free on the streets of Ghana? Apart from Mrs. Mould-Iddrisu, who has resigned as a result of public pressure, the other players in the drama are still at post.

What is Ebo Barton Odro still doing at the Attorney-General's Department, and contributing towards the court case aimed at getting the money back, when the Member of Parliament for Cape Coast stated publicly that the State of Ghana had no case to defend?

In any society, where the rule of law and morality have places in the governance process, President Mills would be facing impeachment processes.  He lied to the state when he told the nation that he was ignorant of the circumstances leading to the scandal at his meeting with selected editors and senior journalists the other day.

Read the lips of the President of the Republic: 'When I know the plight of our people…When I know our people are crying for water, the basic necessities of life, how can I be so criminally-minded, so irresponsible to say, give GH¢58 million to one person?'

In spite of this rhetoric, evidence abounds that under President Mills, a whopping GH¢51 million has been paid to one person. What is even more scandalous is that after he had received the money, Mr. Alfred Agesi Woyome reportedly sponsored the President's campaign to get re-elected.

If President Mills believes he can get away with this by ordering the arrest of people who have no hand in the 'criminally-minded' plot to pay money to a party man to finance the President's campaign, the consequences of his action or inaction would catch up with him at a point in time.

At the moment, Prof. Atta Mills may live in his bunker at the Castle and use the Police Service, which is behaving like a very pliant institution under Paul Tawiah Quaye, to prosecute his dirty agenda.

The attempt to use the state security apparatus to insulate the President from the Woyome scandal, by looking for scapegoats, would work for a while. Sooner or later, the President's cover would be blown, for the people of Ghana to appreciate the real issues at stake.

By the way, what is the offence of Mr. O.B. Amoah? That he accepted a gift from Woyome long before the GAME financier defrauded the state, and allegedly used the money to fund the MP's parliamentary campaign?

Yesterday, when I heard James Agyenim Boateng, Deputy Minister of Information, justifying the arrest of Mr. Amoah, I raised my two hands to the high heavens and pleaded with the Old Man above to remain up there.

Have we got to a stage in our political evolution when the deputy minister of information now speaks for the police?  Is the deputy Minister the spokesperson for the Police Service in the scandalous Woyome affair?

We are getting to a very ridiculous stage of our justice system, when a minister speaks for the Police Service. I was wondering how the Information Ministry came to be embroiled in speaking for the police, when my mind wandered on an excursion to a very significant event in the run up to the declaration of the presidential election result in 2008.

When Radio Gold summoned followers of the NDC, who took all manner of offensive weapons to lay siege at the offices of the Electoral Commission, the station, I am told, was manned by a certain James Agyenim Boateng at the Master's Bridge.

These are very interesting times!