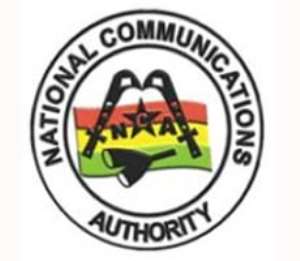 More than 7.5 million mobile phone numbers in Ghana are likely to be deactivated come March 3, 2012, the legally set date by which all SIM cards in country should have been registered.

The latest Summary of Data Verification for the SIM registration, available from the National Communication Authority (NCA), indicates that as at February 6, 2012, 5,580,875 various identity cards presented for SIM registration were rendered invalid.

Meanwhile there is another 1,457,858 cards that have been submitted but are yet to be verified by the respective agencies such as the Passport Office, Electoral Commission (EC), Drivers and Vehicle Licensing Authority (DVLA), National Health Insurance Authority (NHIA), and the National Identification Authority (NIA).

The NCA has recently stated in a press release it would not extend the March 3, 2012 legally mandated deadline, no matter what.

It has therefore asked the telecom operators to follow up with their subscribers whose registrations have been declared invalid to go regularise their registration or they would be deactivated on March 3, 2012.

The telecom operators face sanctions under the newly passed SIM Registration Regulation if they refuse to deactivate unregistered numbers on March 3, 2012.

But the telecom operators have argued that, in as much as they are ready to deactivate the 463,443 subscriptions, whose owners have not bothered to register, and of those whose ID cards were actually found to be fake, they have a difficulty deactivating those whose registration may have been made invalid due to human error at either the registration or manual verification point.

In several meetings between the NCA and telecom CEO's, the latter have argued that they have managed to get back to several of the subscribers to go regularise their registration but those subscribers submitted the same identification cards and particulars, which were declared invalid during the manual verification at the various agencies.

The telecom operators provided a common short code, 400, to which all subscribers on every network are required to send a blank text message and receive a reply that would indicate whether one's SIM card is registered or not.


The telecom operators have also pointed to a situation where several subscribers are likely to take legal action against the operators for deactivating them because those subscribers might have submitted valid and genuine particulars for registration, which might have been declared invalid due to human error during the verification process.

Adom News is reliably informed that the whole verification process is nothing more than a group of people hired by the NCA and placed at premises of the various identification agencies to do a manual check of IDs people submitted against the hand-written records in those agencies.

Information reaching Adom News, for instance, indicates that, at a particular agency, those doing the verification sit under trees because there is no space in the offices for them, and they work under very lax conditions, which creates room for human error.

An official in charge of the verification process at one of the agencies said on grounds of anonymity “I have stopped going to the office because this whole process is not working – it is not very efficient – we are kidding ourselves.”

But the NCA insist most of the problem came from registration agents who work for the operators, saying most of those agents registered persons without valid IDs and with fake IDs.

Some NCA Board members are said to have insisted “this is a national exercise and we will not allow foreigners (the telecom operators) to dictate to us on this.”

The NCA bosses have also said they are ready to meet anybody in court if any deactivated subscriber feels aggrieved and takes legal action.

Meanwhile the NCA is said to be installing some automated verification equipment in the course of this month, to help do verification quickly and more efficiently and get the actual invalid registrations ready before March 3, 2012.

Meanwhile the technical guys at the telecom companies say that automated equipment need to be tested to ensure the results it generates are reliable, and that takes time, but the NCA seem to gloss over that as well.

But the opportunity still remains for subscribers to check if their SIM card is registered by sending a blank message to short code 400 on all networks.