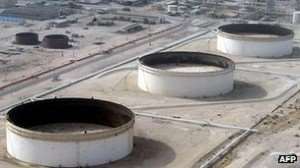 Iran has halted oil sales to British and French companies, the nation's oil ministry has said.

A spokesman was reported as saying on the ministry's website that Iran would “sell our oil to new customers”.

The move is intended to pressure Tehran to stop enriching uranium, which can be used for civilian nuclear purposes but also to build warheads.

Iran insists its nuclear programme is peaceful, but the UN's International Atomic Energy Agency says it has information suggesting Iran has carried out tests “relevant to the development of a nuclear explosive device”.

Some Iranian media had on Wednesday announced that Iran had stopped oil exports to the Netherlands, Greece, France, Portugal, Spain and Italy in retaliation for the EU's oil embargo, but this was later denied by the oil ministry.

The EU oil embargo, which was agreed last month, was phased so member states that were relatively dependent on Iranian crude – notably Greece, Spain and Italy – had enough time to find alternative sources.

The bloc currently buys about 20% of Iran's oil exports, which account for a majority of government revenue.

However, Iran's Oil Minister Rostam Qasemi said that a cut in exports to Europe would not hurt Tehran.

Last year Iran supplied more than 700,000 barrels per day (b/d) to the EU and Turkey, but by the start of this year that had dropped to about 650,000 b/d, Reuters reported on Thursday.