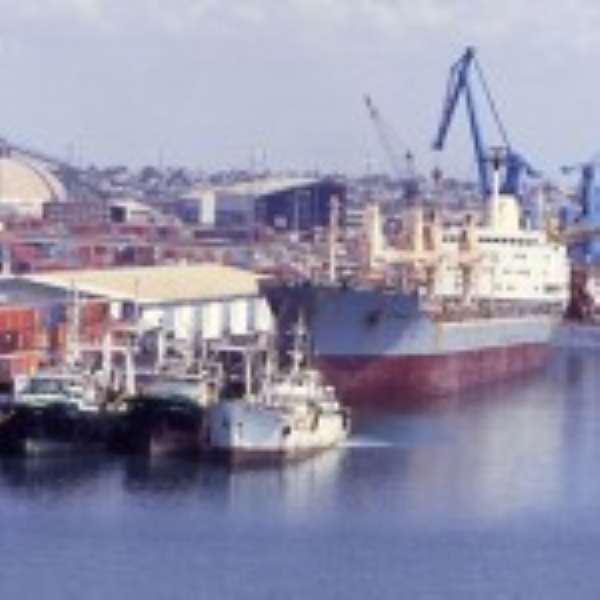 On Monday 13th February, 2012, Science reigned supreme in a battle against traditional African belief, when it demystified the 'mystery rock' near the Tema Fishing Harbour.

In achieving the feat, scientific instruments ranging from tugboats and barges spent 23 days fighting to redeem its image.

Incidentally, the two tugboats of the Ghana Ports and Harbours Authority (GPHA), which led the exercise at exactly 1900 hours on Monday, are SAKUMO LAGOON and TEMA MANHEAN.

The use of the two Tema tugboats, coincided as it might be, is however raising speculations in the port community that after all, the name Tema was evoked before science could come out successful, more so when the rescue mission was undertaken strictly under the cover of darkness, probably when there was high tide.

The owners of MV LE SHEN which run aground at exactly zero hours on Saturday 20th January 2012 flew in a team of marine experts a little over a week after the incident, who applied every technology available to salvage her.

They first tried a number of tugboats to pull her, and when it failed, the team resorted to drawing out oil from the distressed vessel. Offloading of the cargo, made up of dumper trucks, iron rods and general containerized goods, went a long way to lighten the vessel.

The Sakumo shrine, the traditional deity of the people of Tema, claimed responsibility as soon as MV LE SHEN run aground. The deity demanded audience with the agents of the vessel, for a possible solution to the rescue of the vessel. But their demand was turned down.

With the Sakumono shrine desirous of performing some rituals to pacify the 'mystery rock' so as to 'release the vessel', and the managers of the vessel keen on using scientific marine equipment to salvage the vessel, the battle line between traditional belief and science had been drawn.

In the cause of The Chronicle's investigation, it has come out that beside the myth surrounding the said 'mystery rock', other factors cause the vessels to drift aground.

A retired maritime expert who wants to remain anonymous told The Chronicle that a major cause to the drifting of vessels is due to a draft of a little over seven meters at the entrance and the inside of the Tema Fishing Harbour.

The commercial vessels with at least nine meters in draft, when approaching the entrance of the two ports, which are almost at the same place, find the lighting system of the fishing harbour brighter than that of the main port, and due to lack of locality from the pilot, the vessel veers to shallow ground of about seven meters.

Another theory points to pure geographical incident of drifting currents from Cape St. Paul in the east, near Lome, and Cape Three Points in the West.