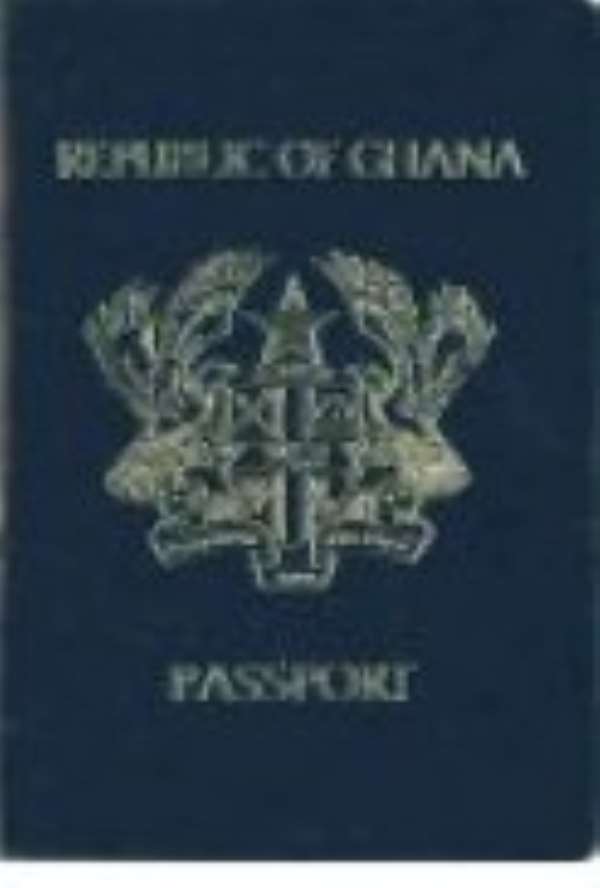 The Federal Police Department of Brazil has established that a notorious Ghanaian drug baron, Raymond Kwame Amankwah, who is serving a 14-year prison term at the Provisional Detention Centre at Caucaia in Brazil for drug trafficking, was holding a diplomatic passport issued by the Republic of Ghana.

A report released by the Brazilian police said at the time of his arrest, Amankwah, was holding passport number D1878450, a diplomatic passport.

Amankwah was arrested at the Pinto Martins Airport in Fortaleza on December 1, 2007 with two non-Ghanaians for engaging in international drug trafficking and sentenced to 14 years and seven months in prison.

Amankwah, described as one of the most wanted drug barons, was arrested in Brazil through collaboration between the German Federal Police and their Brazilian counterparts.

He was arrested alongside two women, Mandy Veit, a German, and Irena Beata Ciaslak, a German-Polish, at the Pinto Martins Airport in Fortaleza, the capital of the Ceara State, in December 2007.

The three were said to be working for a Nigerian group in Sao Paulo, Brazil.

Amankwah was waiting for Mandy and Irena, who were due to fly to Lisbon, Portugal, each carrying 3.08 kilogrammes and 3.097 kilogrammes of cocaine, respectively.

The Daily Graphic, in its August 13, 1996 edition, published a story in which the then Narcotics Unit of the Ghana Police Service had declared Amankwah, also known as Chanda Keita, wanted.

The Southwark Crown Court in the United Kingdom was said to have issued a bench warrant for his arrest in1995 for being the brain behind a crack cocaine network whose bust led to the discovery of 5.5 kilogrammes of cocaine valued at £1 million.

It was also indicated that prior to that, INTERPOL had issued a warrant for Amankwah’s arrest in 1990 on behalf of the judicial authorities in France for violating that country’s legislation on drugs acquisition, possession and importation.