Nigerian 'underwear bomber' gets life in US prison 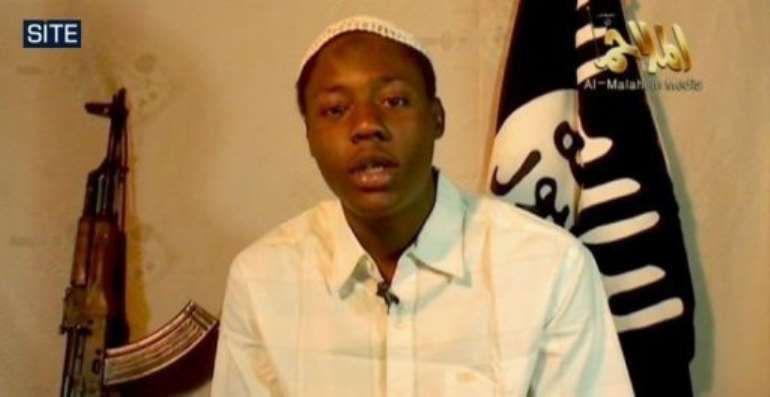 "Underwear bomber" Umar Farouk Abdulmutallab was sentenced to life in prison. By (AFP/SITE/File)

DETROIT, Michigan (AFP) - The Nigerian "underwear bomber" who tried to blow up a packed airliner on Christmas Day 2009 must spend the rest of his life behind bars, a US judge ruled Thursday.

Umar Farouk Abdulmutallab, 25, pleaded guilty in October to eight charges, including the attempted murder of 289 people on board Detroit-bound Northwest Airlines Flight 253.

Dressed in a white skull cap and loose white t-shirt, Abdulmutallab showed no emotion as Judge Nancy Edmunds handed down the maximum sentences for each count.

"The defendant has stated and it is clear that he has enormous motivation to carry out another terrorist attack," Edmunds said.

The botched attack, which prosecutors say was a plot hatched by slain Al-Qaeda preacher Anwar al-Awlaqi, sparked global alarm and caused the United States to tighten up both its no-fly lists and airport screening systems.

The reputation of the US intelligence services also took a hit because Abdulmutallab's father, a prominent Nigerian banker, had warned the CIA about his son's growing radicalization.

Despite stringent security measures at airports in the wake of the September 11, 2001 attacks, Abdulmutallab managed to smuggle 76 grams of the explosive Pentaerythritol tetranitrate on board the flight from Amsterdam.

Luckily, the bomb hidden in his underwear failed to properly detonate and instead simply caused a fire as the plane began its descent to Detroit.

Passengers and crew members were able to restrain Abdulmutallab and extinguish the blaze, allowing pilots to safely land the plane.

Abdulmutallab, who fired his lawyers and chose to represent himself in the high-profile case, insisted in pleading guilty that his actions were righteous and that the true crime was US foreign policy.

"Today is a day of victory and God is great," he said in a brief statement to the court.

"In quick response to some of the things that have been said, I say my life and the lives of Muslims have also changed due to the attacks on innocent civilians."