GHANA AND GAY RIGHTS: WHAT EXACTLY DO YOU MEAN, MR. PRESIDENT? 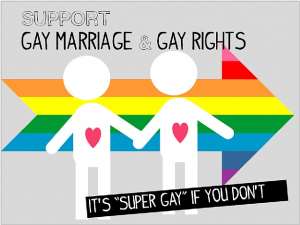 “No one can deny Prime Minister Cameron his right to make policies, take initiatives or make statements that reflect his societal norms and ideals but he does not have the right to direct other sovereign nations as to what they should do especially where their societal norms and ideals are different from those which exist in Prime Minister's society. I as president of this nation will never initiate or support any attempt to legalise homosexuality in Ghana''

The above quote from President John Evans Atta Mills will go down in history as one of the historic statements against the legalisation of homosexual rights in the world. This reaction also serves to assert our sovereignty and independence as a nation and sends a clear message to the imperial powers that Ghana will not be cowed into making laws that seek to serve the interest and social norms of these powers. Many of us Ghanaians and indeed most Africans were proud to be associated with the president's statement; damning the consequences of aid cuts if we refused to legislate in favour of gay rights. It reiterates the point that we are prepared to uphold our social values on empty stomachs rather than be satiated with adulterated aid that seeks to dilute our moral values.

Nevertheless, the real meaning and position of government seem to have been shrouded in the power and echo of that statement or rather the momentum seem to have been lost and government is softening its stance on the issue. Behind this seemingly crystal-clear, brave and dauntless stance are deception of the people and a lack of clarity in what exactly our stance on the issue of homosexuality is especially when we subject subsequent statements by government officials and the president himself to critical analyses. Do we deem homosexual activities criminal in which case perpetrators should be brought to book? Do we as a people regard the practice as a crime which we do not intend to fight? A few days after this historic statement by the president, one of the social commentators indicated on Joy Tv's Newsfile that Ghanaians do not discriminate against homosexuals because we do not go after them. What that means is that we are tolerant of gay practices and respect gays as co-workers who enjoy the same rights as every worker regardless of their sexual orientation. This comment is also supported by the president when he states in reaction to Ban Ki Moon's statement on arrival from the AU summit that ''there is no witch-hunting for homosexuals, nobody is going from place to place trying to identify homosexuals, [and] nobody has ever been denied a job in this country because he is a homosexual; that is their own problem. So when people talk about discrimination, they might be talking about some other societies, we (Ghanaians) don't do it. So therefore you only listen and then you move on”. How then do Ghanaians express their disgust or as in the president's words ''frown on homosexuality'' if we do not discriminate against homosexuals? Is it possible to frown on homosexuality and yet accept them as co-workers, friends and family or may be one day president and first….lady?

What I understand this to mean is that the president is against legalising homosexual activities i.e enactment of laws that will sanction homosexual activities. Given the wealth of political capital that the presidents' comment generated in Ghana and the kind of attention it attracted in the international media, it comes to me as a surprise that we seem to be softening our stance on the issue – parliament seem to have backed down on the decision to ''tighten the existing law'' while the president's position seem to me a softer one as he throws more light on what he actually means by his earlier statement. This is because the message conveyed in his earlier statement was that Ghanaians are against homosexuality; Ghanaians are not going to legalise it and will punish people who engage in the practice because the constitution says so or the practice is not in tandem with our norms.

It is indeed true that the Ghanaian society 'frowns of homosexuality' (well, not everyone frowns on it as it has turned out to be) and the law as it stands is that it is criminal to engage in homosexual acts. Therefore, we should go after homosexuals the same way we go after armed robbers, rapists and pick-pockets and let them face the law. We cannot pretend that the law is against it, society frowns on it but we do not really care if people engage in the practice or not because that is ''their problem''.

In a nutshell, what the president actually means is that he ''will never initiate or support any attempt to legalise homosexuality in Ghana” but ''nobody'' (law enforcement agencies) will go ''from place to place trying to identify homosexuals'', to arrest and prosecute them like other criminals. Thus, we are prepared to accord them all their rights; we do not (and shall not) discriminate against them but what we cannot do for them is amend the law that criminalises their activities. Laugh Out Loud! This is ridiculous, to say the least!

As much as most people in Ghana may not support any attempts to 'initiate or support' the legalisation of homosexual acts in Ghana, it is also important that we are not seen to be condoning the practice by sending a signal that we do not care if people engage in the practice or not because we are not interested in smoking homosexuals out and prosecuting them. This is because it amounts to a failure to ''uphold and defend'' the 1992 Constitution - a responsibility of all Ghanaians.

Finally, I think the issue of homosexual rights has to do with the confusion that people have with what they prefer and what they think is a right. Personally, I think it's a preference not a right. Nevertheless, if we really want to be serious as a people with our resolve to uphold our moral values let us hunt for and prosecute homosexuals like other criminals or let us swallow the pride and legalise it and stop the hypocrisy and politicking. To ignore their activities amounts to a breach of the 1992 Constitution, as it stands, in much the same way as failing to prosecute them; either of which will allow homosexuals to grow in numbers and before we know they have a much bigger constituency. God bless our homeland Ghana!