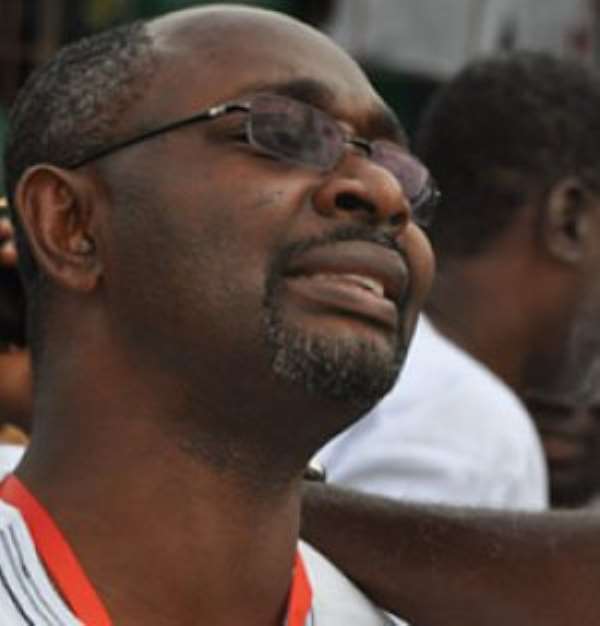 Accra, Feb. 16, GNA – Businessman Alfred Agbesi Woyome, who is at the centre of the payment of the controversial GH¢ 51.28 million judgment debt on Thursday had his bail term reviewed by the Financial Division of the Fast Track High Court.

Woyome has now been granted GHÈ¼ 20 million cedis bail with three sureties each to be justified. He is to report to the Police twice in a week.

He was earlier granted GHÈ¼54 million cedis bail with two sureties each to be justified by the same court.

However, Woyome could not meet the terms of the bail, and his lawyers filed an application before the court to review the bail terms.

In its ruling on the motion for review of bail terms, Mr Justice John Ajet Nasam, presiding judge said he was reliably informed that the accounts of Woyome had been frozen by the Economic and Organised Crime Office (EOCO).

The court said bail terms should not be used as punishment if accused had come to plead for reduction, and noted that if bail was granted to Woyome, it would provide him with the opportunity to meet his lawyers and prepare for his defence.

Moving the application, Mr Robertson Kpacha, counsel for Woyome said his client could not secure sureties who had properties to justify the bail terms.

Mr Kpacha, who described the bail as excessive, said the most important aspect of the bail granted by the court earlier was to ensure that Woyome would be available to stand trial.

He said his client was a Ghanaian and resided in the country, adding there was no way he was going to abscond from the jurisdiction.

“The bail terms were next to impossible and the condition imposed on Woyome amounts to refusal of bail, only a few people in Ghana could satisfy the conditions given out by the court,” Mr Kpacha noted.

Mr Addo Attuah, counsel for Samuel Neequaye-Tetteh, who was served with the application, drew the court's attention to the fact that Woyome had had his accounts frozen by EOCO.

He said his client had succumbed to all the investigation by EOCO and had some cases before the court that Woyome was contesting as such there was no way Woyome was going to abscond.

Ms Cynthia Lamptey, Chief State Attorney opposed to the application saying the amount in the bail term was not commensurate with the amount stipulated in the offence.

She noted that in an earlier bail term, Woyome was to provide sureties each to be justified pointing out that it was not the accused who was to provide the justification but rather the sureties.

Ms Lamptey said it was only Woyome's bank accounts that had been frozen and not his assets and therefore, urged the court not to review that bail term.

On February 15, the court admitted Woyome's accomplices Samuel Neequaye-Tetteh, a Chief State Attorney at the Attorney General's Department, Paul Asimenu, Head of Legal Duties, Ministry of Finance and Economic Planning to GHÈ¼ 6,000 bail with sureties each to be justified.

All the accused persons were to report at the Police Headquarters twice a week, Mondays and Fridays.

The court ordered Gifty wife of Neequaye-Tetteh, to be on her former bail in the sum of GH¢ 500,000 with a surety because she is a nursing mother, and ordered her to report to the Police every Wednesday and Friday

The matter was adjourned to February 20.
Woyome, who has been charged with conspiracy and defrauding by false pretences and corrupting a public officer, has pleaded not guilty.

Asimenu and Neequaye-Tetteh being held for corruption of public officer and abetment of crime, has also denied the charges.

In the case of Gifty, she denied the charge of abetment of crime.

Ms Lamptey, who presented the facts of the case at the last sitting, said during 2009 Woyome made the then Attorney General Mrs Betty Mould-Iddrisu to believe by stating that he had a contract with the Government of Ghana.

The contract according to the Chief State Attorney was in relation to the construction of five sports stadia but the contract was unlawfully abrogated.

Ms Lamptey said Woyome subsequently filed a writ at the High Court claiming that he was owed GH¢ 41 million to which he had added interest of GH¢ 10 million.

Additionally, Neequaye-Tetteh drafted letters to the Minister of Finance and Economic Planning concerning the payment and refused to defend the action in court.

Ms Lamptey said it was found out that Woyome transferred GH¢ 400,000 to Gifty's account.

She said Asimenu wrote opinions, quoted figures and sent information which created conditions for Woyome to be paid monies which were not due him.

During investigations the four were picked up by the Police, the Chief State Attorney said.