Court to deliver decision on One Touch's appeal in March 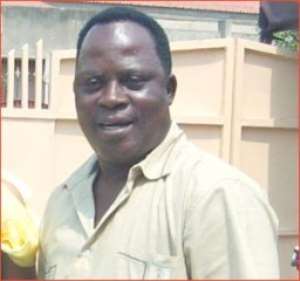 Accra, Feb. 15, GNA - An Accra High Court on Wednesday fixed March 16 to deliver its decision on an appeal filed by Prophet Nana Kofi Yirenkyi aka One Touch, Founder and General Overseer of Jesus Blood Prophetic Ministry.

Mr K.N. Adomako Acheampong, Counsel for One Touch told the court on Wednesday that he had responded to the statement of claim filed by the State.

Mr Rexford Anthony Wiredu, Principal State Attorney, said he did not have a copy of the response filed by Mr Acheampong.

Mr Wiredu was therefore handed over a copy of Mr Acheampong's response.

Jesus One Touch was some months ago slapped with a 10-year jail term in hard labour by an Accra Circuit Court for defilement and incest.

He bounced back after serving five months of his jail term and filed an appeal challenging the verdict by the Circuit Court, on the grounds that the judge erred in delivering judgment when the defence had created sufficient doubts in the case of the prosecution.

One Touch, in his appeal, is praying the High Court to quash the decision of the lower court because it was an erroneous decision.