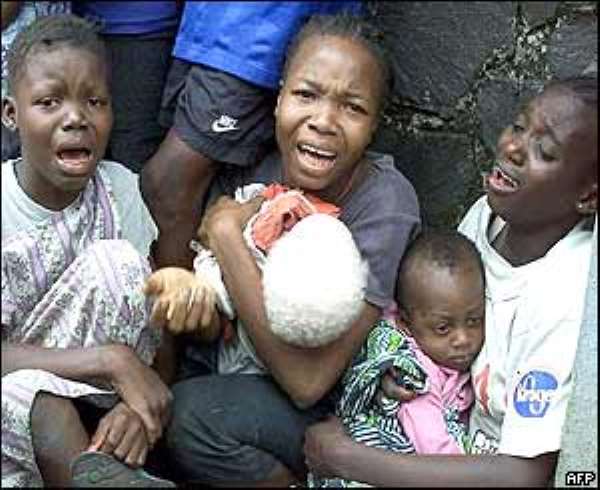 Accra, July 21, GNA - Brigadier-General Festus Okonkwo, Commander of ECOWAS Vanguard Force, will lead a 10-member Technical Survey Team to Liberia on Wednesday to survey Monrovia, the capital of the embattled West African State, for immediate deployment of the 1,000-strong peacekeeping force. A source at the ECOWAS Secretariat at the Liberia Peace Talks in Accra told the Ghana News Agency that the technical team comprising eight representatives from ECOWAS and one each from the US and the United Nations would complement the work of the Joint Verification Team (JVT) tasked to map out the locations of the three belligerent groups to facilitate the monitoring of the Ceasefire Agreement they signed on June 17.

The mandate of the technical team is limited to Monrovia where it hopes to secure the capital for the deployment of peacekeepers. Brigadier-General Okonkwo, a Nigerian, is leaving Accra on Monday for Senegal to join a meeting of ECOWAS Chiefs of Defence Staff, to plan for the deployment of a proposed 5,000-member intervention force. The source said the international community sees the deployment of the troops as the right approach to halt the carnage and humanitarian crisis.

The troops would enforce the Ceasefire Agreement signed between the Liberian Government and the two rebel groups - Liberians United for Reconciliation and Development (LURD) and Movement for Democracy in Liberia (MODEL). The 15-member Joint Verification team (JVT) that had been stranded in Sierra Leone for more than three weeks due to logistics problems and the escalation of the conflict in Liberia comprises the three belligerent groups, representatives from the ECOWAS, the African Union (AU) and the International Contact Group on Liberia.

In a related incident, General Boi Bleaju Boi, Military Spokesman for MODEL, has condemned the major offensive launched by LURD last week to capture Monrovia. General Boi told journalists that a claim by LURD that the Liberian Armed Forces attacked its position does not justify the offensive.

Meanwhile, Mr Sunny Ogoh, Spokesperson for ECOWAS, has expressed optimism that the fighting would not affect efforts to get the stakeholders at the Liberian Peace Talks to sign a Comprehensive Peace Agreement on Tuesday. "We are following the time-table and we are on course," he told the last week because they did not agree on the proposed text circulated by the ECOWAS Chief Facilitator General Abdulsalami Abubakar. The parties are the Liberian government, the two rebel groups LURD and MODEL, the 18 political parties and civil society groups. Major differences between the three warring factions over the hierarchy of an interim administration were the sticky issues holding back the transitional process.

The 30-day deadline for the signing of the Comprehensive Peace Plan ended on Thursday in a stalemate. Peace talks to end the bloodshed started in Accra on June 4 and the warring factions signed a Ceasefire Agreement on June 17 that called for a transitional government to fashion out a lasting peace. The peace agreement was signed after intensive back-door negotiations and brainstorming that had went on for some two weeks.

Ghana not likely to get next batch of COVID vaccines until m...
29 minutes ago