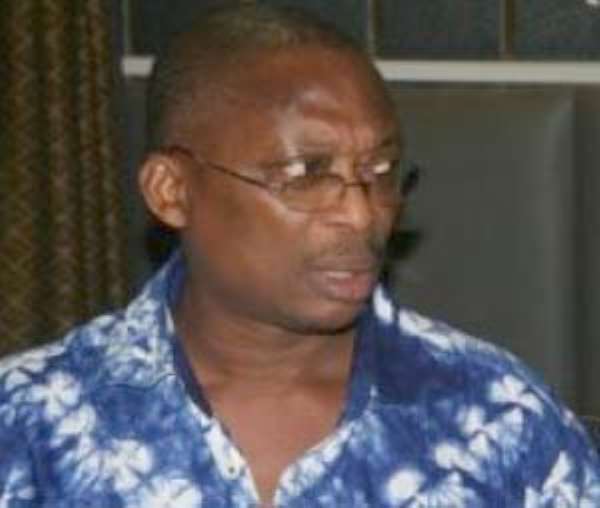 The Managing Editor of the New Crusading, Abdul Malik Kweku Baako Jnr. has advised the government to take the concerns raised in a recent letter by the National Democratic Party's chairman, Dr, Kwabena Adjei, seriously as it will have electoral repercussions for the party.

In a letter addressed to President Mills and copied to former President Rawlings last month, Dr, Adjei expressed concern over issues that are affecting the fortunes of the party ahead of the 2012 General Elections.

The letter said: 'Developments within our Party, the National Democratic Congress, have become a source of grave concern to me and, I believe to all Ghanaians who love and cherish the Party that you lead.'

The letter proposed an urgent meeting with key figures within the party to immediately resolve what he termed an 'urgent disintegrative factional dynamics and processes within the NDC.'

Speaking on Joy FM 's current affairs programme newsfile on Saturday, Mr Kweku Baako indicated that it will do the government a lot of good if its communication team stops treating the matter as an unimportant issue.

He said 'this is hardly a positive thing for a party in government to take to a campaign… [Dr. Adjei raises] very, very serious issues. He tells us that his concerns are deep-seated and long standing and that for three years he's had to hold on to his patience and limits of tolerance.'

Kweku Baako said the justification that the president met with only the party chairman after the concerns were raised is not going to put the matter to rest.

'How is this possible for that one-to-one meeting between party leader, who is the president, and the party chairman to resolve these matters?'

'This is not something that is for jokes,' he said.

But NDC MP for Adenta, Kojo Adu-Asare who was also on the programme stressed that the party chairman did not err in raising such concerns which were supposed to be an internal problem.

To him the ability of the party to manage the situation is what is critical to the success in December's general election.

He however expressed surprise at how non-party members have pounced on the letter in their quest to deflate the electoral fortunes of the NDC. He wants the detractors to stay away from the matter as the party goes ahead to solve the issues.

He was of the view that the impression being created by the media that there is a rift between the party and the government is baseless and that the NPP is only using the issues to propagate their own political ambitions even though the NPP is pretending to be concerned over the potential effects of the matter.

Mr. Adu-Asare suggested that the party chairman should meet with all the key people stated in the letter excluding the president and the former president and use that as basis to meet the two later. He said having frank discussions with the aggrieved party members will provide more information as to how to interact with President Mills and former President Rawlings.

Learn from NPP's past mistakes
NPP MP for Assin North, Kennedy Agyapong, also a panelist on the programme said, politicians have failed to appreciate mistakes committed by their opponents and learn from it.

'What is going on clearly indicates that politicians don't learn at all because they should have taken a cue from what happened to the NPP and we lost the election in 2008. The same thing is happening.'

He said politicians fail to recognise the truth and rely on praise singers to determine whether they are doing well or failing. He said the faÃ§ade of the praise singer clouds the judgement of politicians in power and prevents them from seeing the reality.

'[In] most cases when you are in government, if you have ten calls, eight will be praising you and two will be bold to criticize… all those praises they [shower] are just shameless opportunists because of what they want from you.'

'It's your internal matter but you should always take a cue from what is happening, that's why I think, in this country history should be composed for every student.'

Mr. Agyapong said even though he has no soft spot for former President Rawlings, he blamed the NDC for treating Mr Rawlings with contempt, a situation that, he said, has also precipitated the current situation.

James Agyenim Boateng, a deputy Minister for Information who was also on the programme indicated that government is taking the issue seriously but denied that this will cause an implosion in the party.

He wondered why the NPP is not jubilating over the situation if indeed there was an imminent implosion within the NDC.