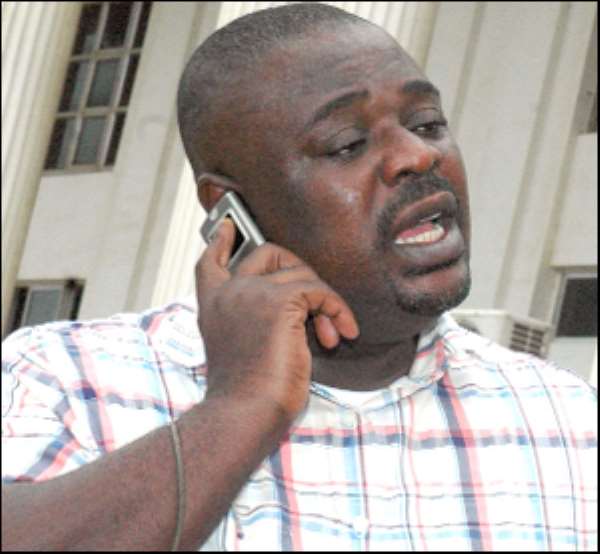 Following the recent election of Benin Republic's President Yayi Boni as Chairman of the African Union (AU), the communications director of President John Evans Atta-Mills released a press statement curiously alleging that “publications in sections of the Nigerian media have sought to create the false impression that President Goodluck (Ebele) Jonathan was defeated in the race for Chairmanship of the African Union (AU)[,] mainly because Ghana opposed Nigeria's decision to contest” (See “Ghana Did Not Oppose Nigeria's Bid for AU Chair” JoyOnline.com 2/4/12).

The press release, which was characteristically fraught with run-on sentences and was signed by Mr. Koku Anyidoho, also noted that, in fact, the Nigerian leader, who also currently serves as Chairman of the Economic Community of West African States (ECOWAS), had not even vied for the AU chairmanship. If the preceding observations are accurate, then it clearly appears that Mr. Anyidoho would have better served the interest of President Mills by primarily directing his rejoinder at the Nigerian media, rather than having the same boldly displayed on the website of Ghana's privately-owned flagship radio station Joy-Fm.

But what is even more significant to observe is the fact that nowhere in his press release does the Mills communications director indicate that the President has dispatched any message to his Nigerian counterpart, prevailing on Dr. Jonathan to promptly issue a public statement clarifying matters with his country's media operatives. To be certain, Mr. Anyidoho, were he that professionally and functionally effective, would have already dispatched a memo to his Nigerian opposite number seeking such media clarification.

Matters are also not helped by the fact that the photograph accompanying Mr. Anyidoho's press release on the JoyOnline website has President Mills flanked by South Africa's President Jacob Zuma, to his left, and President Yayi Boni, to his right. Couple the foregoing with widely circulating media reports to the effect that Mr. Zuma had vehemently opposed the candidacy of President Jonathan, and the Mills communications director's rejoinder falls flat on its prats, as it were.

Personally, though, I don't think that it would have been either opportune or even appropriate, had he so desired, for President Jonathan to have contested the Chairmanship of the AU. Recent convulsive events, such as the still raging terrorist activities of the notorious Islamist group, Boko Haram, and the federation-wide strike sparked by his government's decision to abrogate petroleum and gas subsidies, would have seriously militated against the managerial efficacy of Dr. Jonathan as AU Chairman. Which is not, in any way, to imply that the duties of an AU Chairman demands any remarkable political heavy-lifting, either within Nigeria itself or the African continent at large.

Curiously, though, some Nigerian media operatives are agitating for the country's severance of all levels of relationship with the AU, primarily predicated upon the allegedly flat refusal of both Ghana and South Africa to endorse the candidacy of the Nigerian president for the chairmanship of the AU. Rather curious, because it is almost certain that any unimaginative attempt by Africa's most populous country to sever its relationship with the AU is apt to set in irreversible motion, a centrifugal force that may well witness the total disintegration of postcolonial Nigeria as we presently know it.

What is even more eye-opening, regards the fact that micro-nationalist tendencies, such as is being rather so immaturely exhibited by some of the Nigerian journalists, ought to serve as a cautionary note about the formidable impediments that still loom ahead of any rash attempt to unify the AU membership into a culturally and politically organic unit as a mega-state or federation of the type passionately advocated by Presidents Nkrumah, Sekou Toure and Prime Minister Lumumba, and fiercely and foresightedly resisted by the likes of Drs. J. B. Danquah, K. A. Busia, and Tanzania's President Julius K. Nyerere, a firebrand proponent of “pan-African regionalism.”

*Kwame Okoampa-Ahoofe, Jr., Ph.D., is Associate Professor of English, Journalism and Creative Writing at Nassau Community College of the State University of New York, Garden City. He is Director of The Sintim-Aboagye Center for Politics and Culture and author of “Sounds of Sirens: Essays in African Politics and Culture” (iUniverse.com, 2004). E-mail: [email protected]