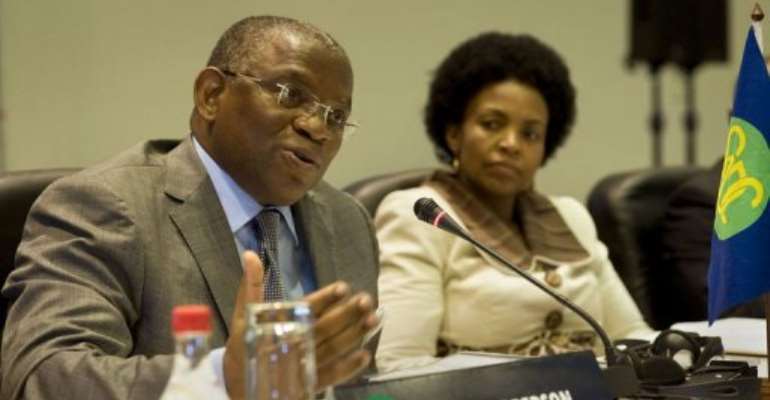 CAPE TOWN (AFP) - Southern African foreign ministers met Saturday to discuss the recent deadlocked polls for a new African Union head and to chart the regional bloc's strategy for the next vote.

"Our agenda is going to be very short, we don't have many things to discuss but we have some very important things to debate," Angola's Foreign Minister Rebelo Pinto Chikoti said in his opening remarks.

After consultation, the ministers will "make good proposals for heads of state who will be eventually taking some of our proposals further on to other meetings at African Union level", Chikoti added.

An evaluation of the January polls and the strategy for the next vote were listed on the agenda of the meeting, also attended by the foreign ministers from South Africa, Tanzania, Zambia, Namibia and Mozambique.

Ping's mandate was extended until the AU's next summit in June in Malawi.

The vote was preceded by intense campaigns, with Ping counting on support from French-speaking West and Central Africa countries, and Pretoria lobbying across Africa for Dlamini-Zuma who was backed by the 15-member SADC.

The eight years of tension between Rawlings and I ceased in ...
4 minutes ago

Rawlings will have positive verdict in Ghana’s history – Aku...
8 minutes ago