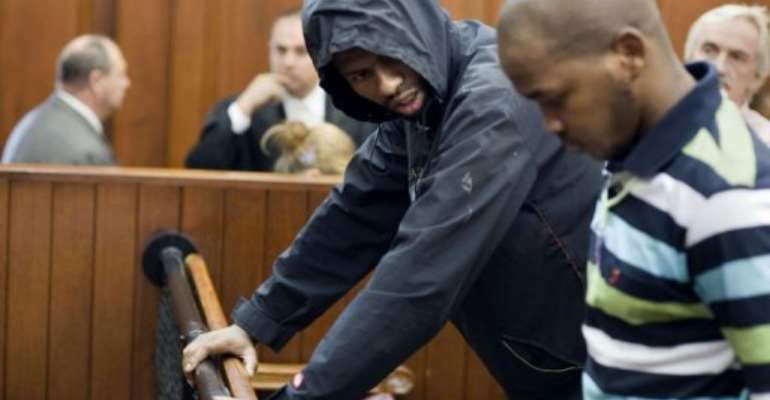 Prosecutors want to add Anni's husband, businessman Shrien Dewani, as a third defendant for her November 2010 murder. A London court last year authorised his extradition to South Africa, but he has appealed and prosecutors are awaiting a decision on the appeal.

"We have not been given a date as to when" the decision on the appeal would come down, said prosecutor Shireen Riley.

The matter was postponed for a further pre-trial hearing on April 13.

First accused Xolile Mngeni, who underwent surgery to remove a brain tumour last year, and the second defendant, Mziwamadoda Qwabe, were both remanded in custody.

The state will request DNA samples from both accused, Riley said.

The postponement is the latest in the murder case, in which Anni's husband Shrien is accused of masterminding her death in a botched car hijacking while the couple were honeymooning in Cape Town.

"If it comes positive for us, we'll add him as accused number three," regional prosecutions spokesman Eric Ntabazalila told AFP.

Three men were originally charged with the killing but the couple's driver Zola Tongo was jailed for 18 years after turning state witness and pleading guilty. He claims Dewani had ordered the car-jacking and paid him.

Dewani is currently receiving treatment for depression and stress and has denied all wrongdoing.

Take NPP’s money but don’t vote for them – Naana Jane to Asi...
59 minutes ago