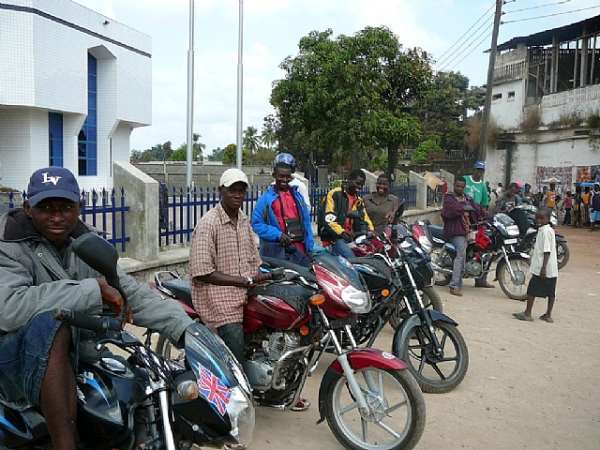 They were charged for operating unregistered motorbikes without the requisite licenses and all the five pleaded not guilty.

Police Inspector Alex Cosmos told the court that on January 26 a team of Police personnel from the Nsawam District Motor Traffic and Transport Unit (MTTU) under the command of ASP Samuel Ntosoh arrested the five young men for operating commercial motorbikes without possessing authorized documents.

ASP Ntosoh warned the general public against patronizing the activities of the “Okada” operators because they do not possess documents, especially insurance that cover their operations and that people who patronize the commercial motorbikes do so at their own risk.