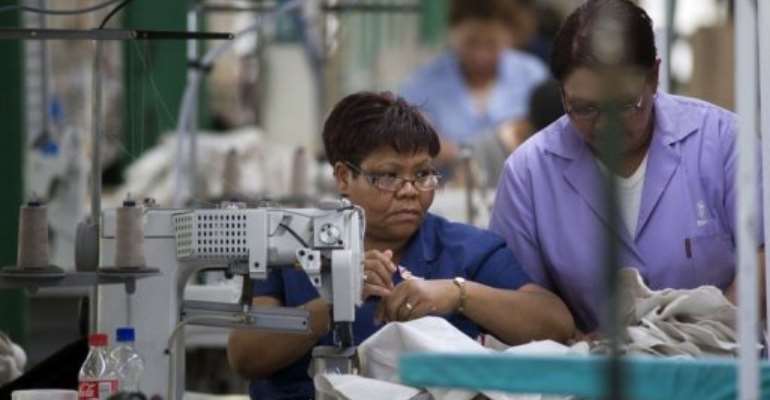 JOHANNESBURG (AFP) - South Africa's unemployment rate fell 1.1 points to 23.9 percent in the fourth quarter of 2011, the government said on Tuesday, giving President Jacob Zuma some needed good news ahead of a key speech.

The economy created 180,000 jobs in the formal sector in the last three months of the year, Statistics South Africa said in a report.

But 111,000 jobless people gave up looking for work in the tough labour market, bringing the number of discouraged work-seekers to 2.2 million.

Of the 4.1 million officially unemployed people -- those actively seeking a job -- 67.5 percent have been looking for work for a year or more, the report said.

South Africa has struggled to cut unemployment amid the global downturn despite rebounding in 2009 from its first recession since the end of apartheid in 1994.

Zuma named job creation a top priority in his state of the nation address last year, and will be under pressure to show results as he takes to the podium to deliver the annual speech again Thursday.

The government has pledged to create five million jobs and cut unemployment to 15 percent within a decade.