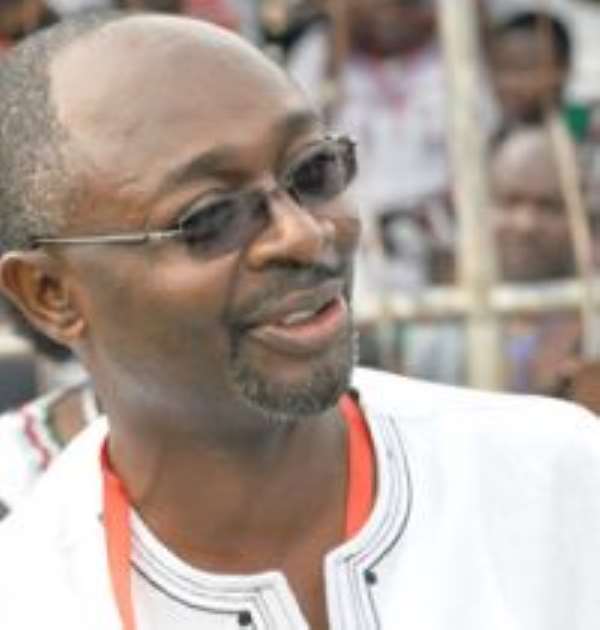 The Economic and Organised Crime Office has indicted some officials at the Attorney General's office and the Ministry of Finance and Economic Planning for their shady roles in the controversial payment of judgement debt to Alfred Agbesi Woyome.

The report faulted Mr. Nerquaye-Tetteh for advising then Attorney General, Betty Mould-Iddrisu, that the government did not have a basis to put in a defense against the suit by Mr. Woyome. The report described the advice as flawed.

"There were however enough grounds to defend the action but this was not done. In the files at the AG"s department could be found a lot of evidence which indicated clearly that at the least, Mr. Woyome could not establish his case.”

It further pointed accusing fingers at Mrs Mould iddrisu for failing to adequately defend the suit.

Other persons who were indicted by the report include a Minister of Education, Youth and Sports under the erstwhile Kufuor administration, Mr. Yaw Osafo-Marfo, who, having warned the then government against abrogating the contract and circumventing the Procurement Act, went ahead to write a letter to terminate the deals, giving the contract to a company that was not part of the tender process.

“The evidence shows that when the decision was to be taken by the Cabinet to abrogate the tender process, Hon. Osafo-Maafo, the then Minister of Education and Sports, in his memorandum to Cabinet dated July 27, 2005 warned that Cabinet of the fact that the Shanghai Construction Group did not qualify for the award because the Group had not taken part in the tender, had not been evaluated, had not provided any financial proposals and that the stage of the tender process had gotten to, it would be a breach of the Public Procurement Act to abrogate the Process.”

The report was inconclusive on whether the initial consent given to Waterville to start work on the sites needed parliamentary approval. It however states that Mr. O.B. Amoah who was a deputy Minister of Sports “gave the green light for Waterville to proceed to site and start work at a time the contract had not been approved by Parliament.”

Another official who received some flak was the Director of Legal Affairs at the Ministry of Finance and Economic Planning, Mr. Paul Asimenu. The report reveals that he “wrote the opinion which eventually led to the decision that Mr. Woyome was entitled to his claim.”

The report said that during the investigations Mr Asimenu “admitted that the figures he quoted in his advise as the basis of the evaluation by the finance committee of the CTRB [Central Tender Review Board] on which he served was wrong and that he misled the Hon. AG. He also admitted that he went further to give personal advise to the AG on the correctness of the claim since it was international best practice.”

The report said “Mr. Asimenu assumed a role which helped in creating the conditions which made it possible for Mr. Woyome to get paid what he clearly was not due.”

Meanwhile the President has ordered that the report be made available to the public.