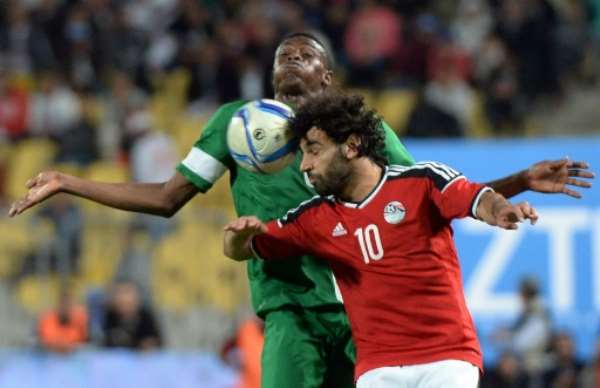 Cairo (AFP) - Egypt return to the African Cup of Nations after a seven-year absence with a new generation looking to rekindle the glory days of three consecutive titles before the 2011 uprising exhausted Egyptian football.

Watching football has for decades been a favourite past-time for millions of Egyptians, especially with the national team who won the title in 2006, 2008, and 2010, making them one of the strongest teams in Africa and the Middle East.

But after 2011 this passion was rolled back among many fans due to memories of violence and was dimmed in a faltering economy.

"Egypt's national team has drastically changed in comparison to the team which last participated in the tournament," said Ramzy.

The tournament kicks off on January 14 in Gabon with Egypt drawn in Group D alongside Ghana, Uganda and Mali.

Out of the 23 players called up by Argentinian coach Hector Cuper, 19 are playing for the first time in the tournament, including Roma star Mohamed Salah. 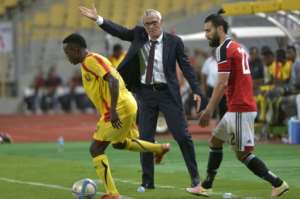 Egypt's national team head coach Hector Cuper gestures during a friendly match against Guinea, at the Borg El-Arab stadium near Alexandria, in August 2016

Conditions drastically changed in Egypt amid the political and security turmoil that has engulfed the country since the January 2011 uprising that toppled longtime ruler Hosni Mubarak.

These disturbances impacted football, reflected in the team's absence from the tournament in 2012, 2013, and 2015, despite winning seven tournaments before, a continental record.

The national team does not receive the same level of support as it did under Mubarak, whose sons Gamal and Alaa used to visit training sessions and attend matches.

"Political and economic challenges" led to a reduced interest in football, said Ramzy.

Very little airtime is dedicated to the team's participation in the tournament on satellite channels which are more occupied with the country's political and economic crises.

In addition to Salah, the lineup includes other prominent players such as Mohamed Elneny, Ramadan Sobhi, and Ahmed Elmohamady who play for the English clubs of Arsenal, Stoke City, and Hull City, and Kahraba who plays for the Saudi club Al-Ittihad.

A chance to reunite

Still, the fans fear the lack of experience of the newer players, although the participation of legendary goalkeeper Essam Al Hadari and defender Ahmed Fathy, who won three tournaments, could boost the newcomers.

"There is a lack in experience and no interaction with African teams for many of the players, and it is possible that Egypt's performance does not rise up to the audience's aspirations," said Hassan.

In Egypt winning this tournament was an outlet for the fans frustrated at not qualifying for the World Cup since 1990.

Watching the games has been a chance for family and friends to unit behind the national team despite turmoil.

Football matches in Egypt have held behind closed doors in empty stadiums void of fans since 19 Zamalek fans were killed in February 2015 and 72 Al-Ahli fans perished three years earlier.

"I hope it becomes a big opportunity for Egyptians to come together behind one team that is playing under Egypt's name, especially after the country went through a terrible phase of polarisation," added Hany Hathout, a presenter with private eXtra News channel.