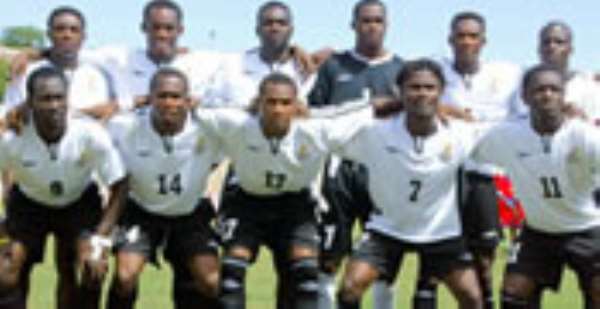 Bata, Feb. 1, GNA – History favours Ghana's Black Stars ahead of their meeting with the Syli Nationale of Guinea in their 2012 Africa Cup of Nations Group C final clash on Wednesday in Franceville.

Information gathered by GNA Sports indicates that the Stars have yet to suffer defeat in matches against the Guineans at the finals of the Africa Cup of Nations.

The two teams have met four times at the continental level with the Ghanaians winning on three occasions and the other ending in a stalemate.

The first meeting between the two sides was in the 1970 edition played on February, 11 in the Sudanese city of Wad Medani which ended one all. Thiam Tolo scored for the Guineans on 10 minutes with Kofi Owusu netting for Ghana five minutes from time.

Their next meeting was 10-years later in Ibadan (Nigeria), where Willie Klutse scored the only goal of the encounter.

The last meeting was the opening match of the Ghana 2008 Africa Cup of Nations in Accra, which the Stars won 2-0 with strikes from Asamoah Gyan and Sulley Muntari.

The latest clash will be the fifth time the two sides are facing off at the finals of the Africa Cup of Nations.