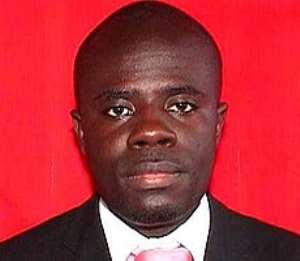 A law lecturer at the Kwmane Nkrumah University of Science and Technology, Mr Ernest Kofi Abotsi, says if indeed the payment of GHS58 million to Mr Alfred Woyome was sanctioned by a court, EOCO cannot investigate it.

He said if the payments were “made pursuant to [a] judgement given by [a] court of law, then of course, EOCO cannot open that particular judgement that is given; the judgement constitutes a conclusive venture and nobody can open that unless you go on appeal or unless a superior court, as it were, impeaches the previous judgement..”

Mr Abotsi told Joy News' Israel Laryea until that is done, “EOCO cannot seek to investigate all over again something that has been decided conclusively by a court of law…”

The National Democratic Congress financier brought a suit Tuesday against the Economic and Organised Crimes Office - directed by President Mills to investigate a judgement debt payment to him – challenging the mandate of the investigative body to inquire into the matter in the manner it is doing.

He subsequently issued a statement explaining he sued EOCO because “the organisation is acting outside the letter and spirit of the agreed effort to untangle the issues and matters relative to the awarding of the Judgement, and that indeed, they have flouted the laws of Ghana in some of their actions.”

Mr Abotsi agreed but maintained questions remain as to whether indeed there was a court judgement authorizing the payment in which case EOCO cannot investigate it.

“In respect of whether or not EOCO can actually proceed to investigate a matter that has been determined by a court of law,…my understanding is that that very issue may probably be part of the investigation by EOCO, that is, whether this matter has been conclusively determined by a court of law; whether payments have been made pursuant to that particular judgment and if so whether things have been followed as a matter of law,” he asserted.

He said it is only when EOCO comes to a conclusion, after investigations, that the payments were made pursuant to a judgement of a court of law that that judgement cannot be questioned by the investigative agency.

Mr Abotsi disagreed with Mr Woyome when he stated that “EOCO's interaction with us was based on a mission to cordially and amicably seek information, but their conduct as enumerated above clearly shows that they are operating outside the original framework which they communicated to me.”

He said if EOCO promised Mr Woyome they will not inquire into his personal matters, but later breached that trust, it remains a breach of trust but cannot constitute an illegality to the extent that it will disable EOCO from performing its statutory duties with respecting to investigation economic crimes.