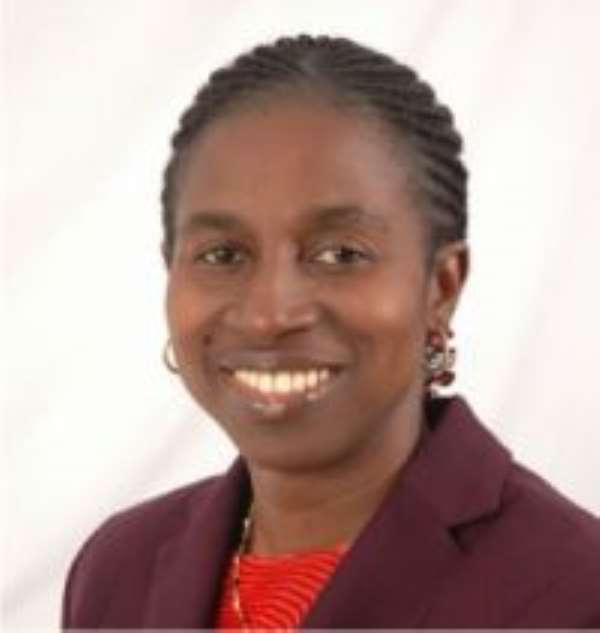 The Board of the Ghana Statistical Service Monday claimed its decision asking the Government Statistician, Grace Bediako, to proceed on leave was due to her poor management of some projects run by the Service.

A statement signed by the Board Chairman, Francis Duodoo, said a group of international partners that assessed the performance of the Service threatened to withhold funding to it.

But information available to the New Statesman indicates that the Government Statistician was relieved on her position to further the plot of the ruling National Democratic Congress to steal the December 7 elections.

According to sources at the GSS, Dr Bediako's tough stance of not allowing the Mills-Mahama led NDC administration to manipulate the 2010 census figures to its electoral benefit triggered off the decision to ask her to proceed on leave.

Credible Information gathered by the New Statesman has revealed that an enormous amount of pressure was being put on Dr Bediako to falsify census figures to justify government's decision of creating 42 new districts, to pave the way for the creation of 42 more constituencies.

A cursory glance at the new districts created by the NDC administration reveals that   majority of the districts are situated in the Volta and Northern regions, regions noted for their voting allegiance towards the ruling party, a clear case of gerrymandering.

Not surprisingly, only three out of the forty two newly created districts fall within seats held by the New Patriotic Party (example, Weija and Akwatia), with all the other districts located in NDC strongholds such as Ada, Sege, Ningo Prampram, and Nadowli.

“It is a complete lie for the Board [of Ghana Statistical Service] to say that Dr Grace Bediako was asked to proceed on leave as a result of her poor management of some projects. That is a wicked lie; the reason for that action is simple: the NDC government has found it tough getting her to support their plan to manipulate the census fingers for their diabolical political agenda,” a source at the GSS told the New Statesman.

The President directed a few days ago that Dr Bediako take her accumulated leave of six months under very bizarre circumstances, when she was on an official assignment in South Africa.

The Board of the Service, the New Statesman has gathered, had been breathing down the neck of Dr Bediako to manipulate the 2010 census figures for some time now, but she had since developed a tough skin against these forces, leaving President Mills and his administration with the last option of kicking her out.

Speaking on Oman FM's Today's Agenda yesterday, John Boadu, a deputy communications officer of the New Patriotic Party, stated that the timing for these major changes to be done at the Statistical Service was very strange. He described the move as a “clandestine attempt by the NDC to steal the forthcoming elections.”

According to him, it is a “very strange time for this to be done” at a time the political parties are working with the Electoral Commission to decide on the appropriate ways for the demarcation of the boundaries to be done, insisting that government's decision will directly affect the outcome.

The reasons ascribed to Dr Bediako's “proceed on leave letter”, in the opinion of John Boadu was bogus.